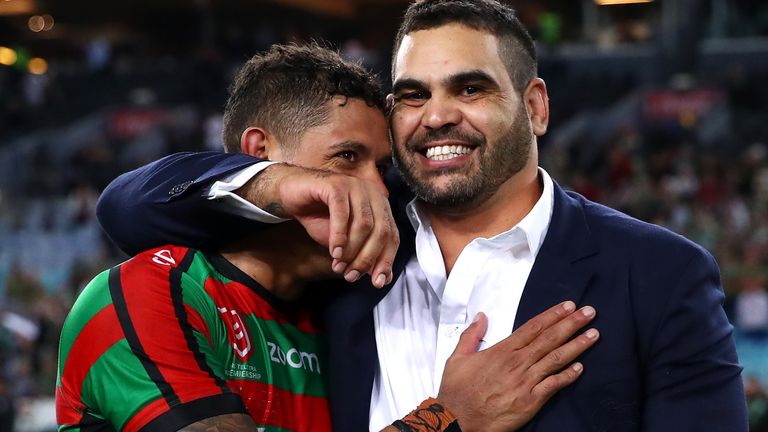 Warrington Wolves have announced one of the most high-profile signings in the history of Super League after coaxing Greg Inglis out of retirement.

The Australian World Cup-winning great has not played for over a year since calling time on his career due to persistent problems with injury.

But in a shock move, the 33-year-old centre said he would be heading to Super League in 2021 to take up a deal with the Wolves.

The Wire said they hoped the signing would boost supporters currently experiencing difficulties as a result of the coronavirus pandemic.

Like every other sport, league has been sidelined for two months and doubts remain over when it will return. July’s Challenge Cup final – of which Warrington are the holders – was postponed on Tuesday and the sport has also received a £16m Government loan to help it through.

“This signing is a gift to every one of our fantastic members and partners who are currently experiencing difficult times,” said Warrington chief executive Karl Fitzpatrick.

“We wanted to give everyone something to look forward to and to say thank you for their extraordinary loyalty. With this in mind we were extra motivated to get this deal completed.

“Greg is considered to be one of the greatest rugby league players of the modern era. To see him pull on the primrose and blue will be a historical moment in Warrington Wolves and Super League’s timeline.”

Inglis, who played 266 NRL games and 39 international Tests, is one of the most talented to have played the 13-a-side code.

A mercurial playmaker with freakish handling skills, he won three Grand Finals in Australia and played 32 State of Origin Tests for Queensland. In 2009, he was voted as the world’s best player. “I can’t wait to get over there and play for a club that has so much rich heritage. I’ve seen the success the team have had in the Challenge Cup and I want to help the team to deliver more glory,” he said.

Related posts:
May 19, 2020 Rugby League Comments Off on Greg Inglis joins Warrington Wolves a year after retiring due to injury
NFL News