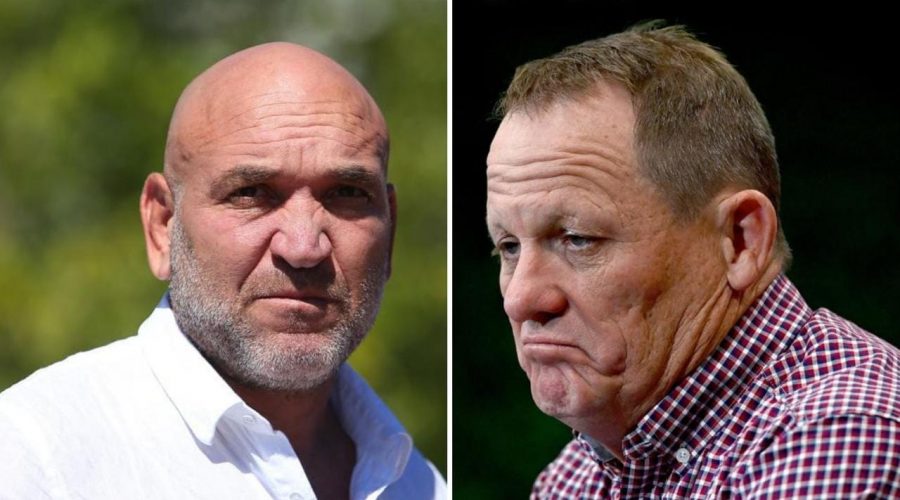 Brisbane Broncos Gorden Tallis has threatened to name the players who leaked to the media about coach Kevin Walters.

The Broncos have had shocking season so far and sit on the bottom of the NRL ladder with just three wins under their belt.

And the it’s not just on the field where the Queensland outfit is struggling.

The Courier Mail reported last weekend that several players were unhappy with Walters’ communication style and were complaining of mixed messages.

Prop Matt Lodge has said he is “waiting for a tap on the shoulder” from Walters and is unsure if the Broncos want him to stay on their roster or if he will be shipped off to another club.

“It changes every week or two, he told the Courier Mail.

“I‘m confused by it all.

“I‘m trying to put my head to one side and play through it. I’ve had a few meetings with them now. One minute, I’m staying. Then they tell me I’m going. Then I’m staying again. Then I’m going again.”

Now Tallis, who played alongside Walters for Brisbane, Queensland and Australia in the 1990s, has taken aim at other Broncos players who won’t put their names to criticism of their coach aired in the media.

“It’s three players — I think it’s a few players — but I know who they are, and if they keep on going … ” Tallis told Triple M Brisbane on Wednesday morning.

The Broncos are in turmoil with Kevin Walters wanting to move on several players from the roster. (Photo by Matt King/Getty Images)Source:Getty Images

“Robbie Farah did it five years ago (at the Wests Tigers). You don’t do it. You go to the coach and you tell him you’ve got a problem.

“Matt Lodge — I’ve had my issues with Matt Lodge — but do you know what the greatest thing about Matt Lodge is? He put his name to it. He put is name to what he was saying. He owned the words.”

Tallis, who won premierships for the Broncos in 1997, 1998 and 2000 — claimed to know the identity of the players and threatened to name names if they continued to criticise Walters.

“All these guys that are ringing the journalists or whatever, I know who they are,” he said.

“If they keep on going, I’ll out them like I did with Robbie Farah and I’ll get personal with them so that they don’t get another club. Because that’s wrong.

“What they’re doing to the game, it’s weak. There’s no courage in talking behind someone’s back.

Tallis slammed the players for going behind their coach’s back to the media.

“I’m going to give them a piece of advice: you’re gonna get more respect in life if you stab someone in the chest, not the back.

“But he’s not gonna get the sack, because he’s got too many blokes on his side who are gonna fight for him.

“To all the players, if you’ve got some courage — because I watch them play, and they don’t — I watched those guys play and I know they’re gutless.”

Tallis believes the ill-feeling within the group could cost the players another shot at an NRL club.

“He told them that they’re not wanted, from what I’m hearing, and no other club wants them,” he said.

“If they keep it up, they might jag another club, but not if I go on every media outlet that I’m on and talk about the blokes, because no coach is going to want them.

“If they want a job in the game, they shut up, roll their sleeves up and have a dig.”