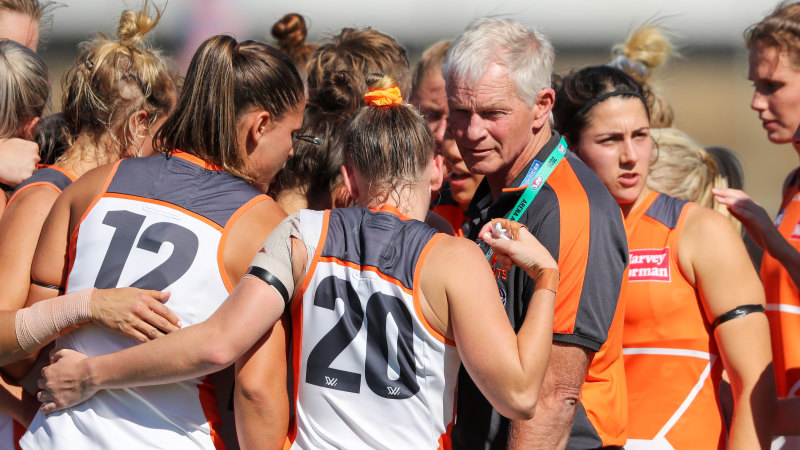 Greater Western Sydney's AFLW side will stick to its planned relocation to Albury on Friday, despite Victoria shutting its border with New South Wales.

GWS announced on Wednesday that they would house their women’s team at the NSW border town and then move the players into Victoria in mid-January, but this was before the state's Acting Premier Jacinta Allan shut the border to NSW on Thursday. 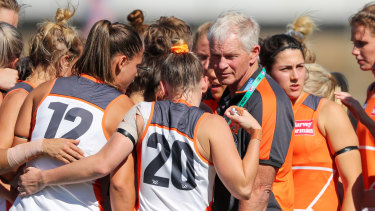 The Giants are relocating to Albury ahead of round one of the AFLW season.Credit:Matt Turner

The Giants are hoping that Victoria loosens its border closure with NSW in the next 14 days to allow border communities and/or regional NSW residents back into the state.

That would at least open the possibility of fixture changes so that the Giants could play Victorian teams to open their season (instead of the Dockers) should the WA border also remain shut.

There is also the possibility of hubs for the AFLW season but this is more difficult than with the men's season because most women's players work other jobs while juggling football commitments.

The AFL is approaching 2021 the same way it did 2020, with the understanding that plans can change quickly because of COVID-19, and that they may have to change just before the season begins or even during it.

An AFL spokeswoman said: “We will continue to monitor the situation and will be led by the government and health officials when adapting to the changing environment. We are committed to the season and will adjust accordingly as required.”

Meanwhile, Sydney and GWS' AFL sides plan to commence training on January 6 as initially scheduled, pending any changes to rules about group gatherings in NSW.

AFL and AFLW players on holiday in NSW or visiting family – like any Victorian currently in the state – were on Thursday and Friday rushing back to Victoria to avoid spending 14 days in hotel quarantine.