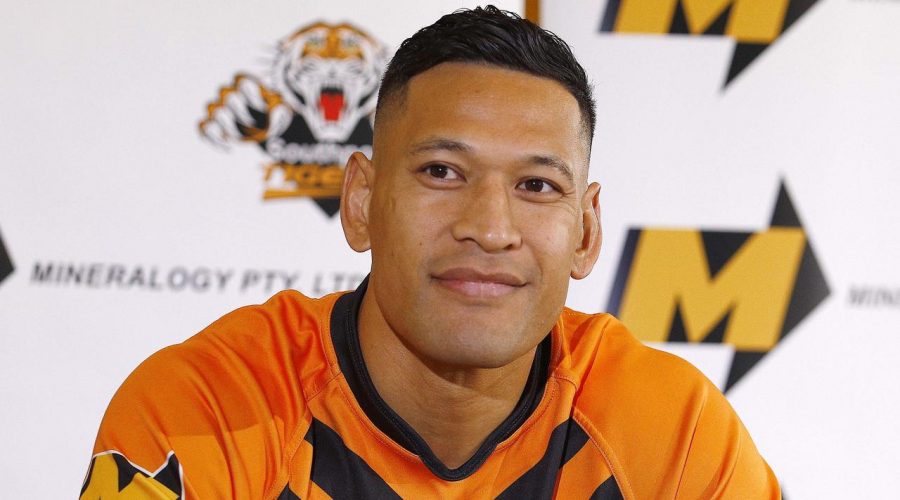 Israel Folau is free to make his rugby league return in Australia after finally resolving his contract dispute with former club Catalans Dragons.

The Courier Mail reported the 32-year-old reached an out of court agreement with the French franchise on the terms of his contractual release.

Folau is now eligible to make his debut for Gold Coast club Southport Tigers as soon as the club’s next game.

The former Storm and Broncos star secured a release from the Dragons after he and equally controversial figure Clive Palmer launched Supreme Court action against the Queensland Rugby League after his bid to play for the Tigers was initially rejected.

The Dragons blocked Folau’s bid to play in Australia after he reneged on the final year of his contract with the club to return to Australia.

Clive Palmer brought Folau back to the club.Source:Getty Images

Southport play Currumbin Eagles at Galleon Way on July 7, with a large crowd expected to flock to the game if Folau makes his first appearance.

Folau has not played an official rugby league game since his last match for the Dragons in 2020.

Folau scored five tries in 15 games for Catalans in his first professional gig since being axed by Rugby Australia for breaching the game’s code of conduct with social media posts that were not inclusive.

Folau scored 73 tries in 91 games for the Storm and Broncos from 2007 to 2010 and scored seven tries in eight Origins for Queensland and two tries in five Tests for the Kangaroos, before moving to the AFL and then rugby union.