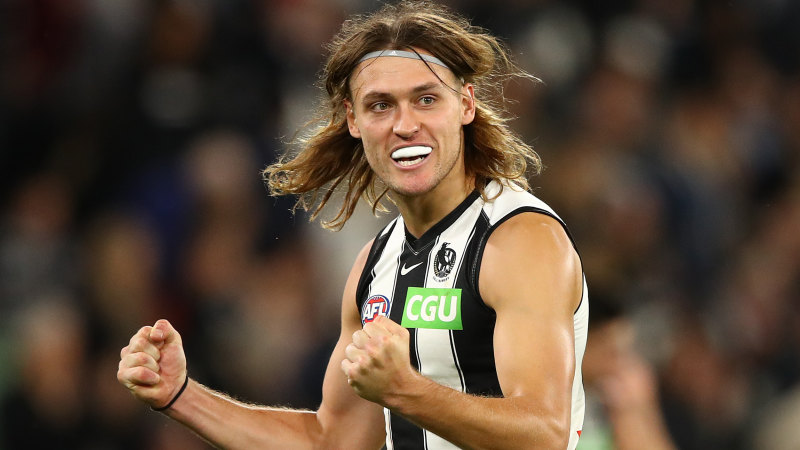 The Magpies head to Perth to play West Coast at a packed Optus Stadium with one win for 2021, and their backs well and truly against the wall. 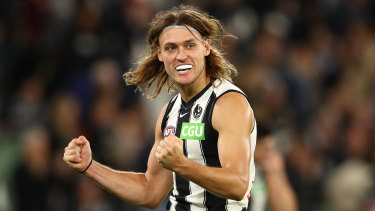 It would take a miracle for Collingwood to win, but this club – as far back as that 2002 qualifying against Port Adelaide – have made a habit of winning against the odds.

Here’s five questions for Pies fans to ponder ahead of the game:

How badly have the Pies fallen away?

Game plan and personnel are a problem, and we will get to that, but first it’s helpful to look at what that means in terms of statistical output. These markers can also speak to effort. Take a look at the table below:

The most alarming statistics for Buckley would be the drop off in disposal efficiency, points for and contested possessions.

The drop off in points from stoppages and points from centre bounce are also a real concern. They could potentially be explained away by a change in game style, though.

That is, playing a style that doesn’t rely on scoring from stoppages. However, there is no clear evidence – to the naked eye – to say that Collingwood have made such a change. 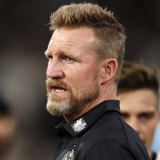 Collingwood coach Nathan Buckley has plenty to ponder ahead of his side’s clash with West Coast in Perth.Credit:Getty Images

Buckley hinted this was being considered during his press conference this week.

Although with Oscar Allen, Josh Kennedy, Liam Ryan, Jack Darling and a rotating Nic Naitanui as potential forward opponents this week it seems unlikely now would be the time to make that move.

Moreover, Jack Madgen, who could slot back in Moore’s place, trained with the midfielders as a winger on Wednesday.

Could Moore swap for Brody Mihocek who was drafted as a defender (but is a very serviceable forward)?

Also, with Will Kelly on the road to recovery, might Buckley wait to see how he impacts the Pies’ forward line when he gets a run at it, before pushing the Moore-forward button?

Do the Pies need to attack more?

It was noted on Saturday against GWS that Collingwood still folded wingers back into defence, and that the players chosen to start on the wing – save for when John Noble stepped up – were too conservative.

But the problem, if you see it that way, runs deeper than the wingers. Collingwood have long been criticised for slow and conservative ball movement.

The Pies have also been notoriously poor when kicking inside 50, in both execution and decision making.

in round two, however, so it is possible for the Pies to defy that stodgy reputation.

Does Greenwood go to TK again?

Collingwood had one of their greatest wins ever last time these two sides met. The one-point elimination final triumph at Optus Stadium was memorable for Taylor Adams’ effort, Mason Cox’s three goals, and Darcy Cameron’s slight blunting of Nic Naitanui. 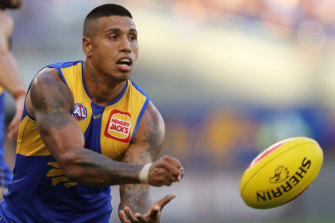 But Levi Greenwood was also crucial, in that he tagged Tim Kelly and kept him to just 12 touches and two clearances.

He played last week (substituted in for Brayden Sier) so does he reprise his role this week? It seems a no-brainer.

What to do with Brodie Grundy?

Brodie Grundy dominated hit-outs against Brisbane, but Collingwood did not dominate the clearances.

Buckley essentially said post game that Grundy was more than a tap ruckman, and that’s true. He is an extra midfielder and a big man whose ground level and follow-up work sets him apart.

Against GWS last week he was beaten by Shane Mumford, a 34-year-old who came out of retirement, in every single one of these aspects of the game.

Grundy is either playing injured, or horrendously out of form, based on that showing.

He should have Darcy Cameron by his side this week to help with taking on Naitanui.

April 15, 2021 Rugby League Comments Off on Five questions: Can the Magpies pull off another Optus Stadium miracle?
NFL News