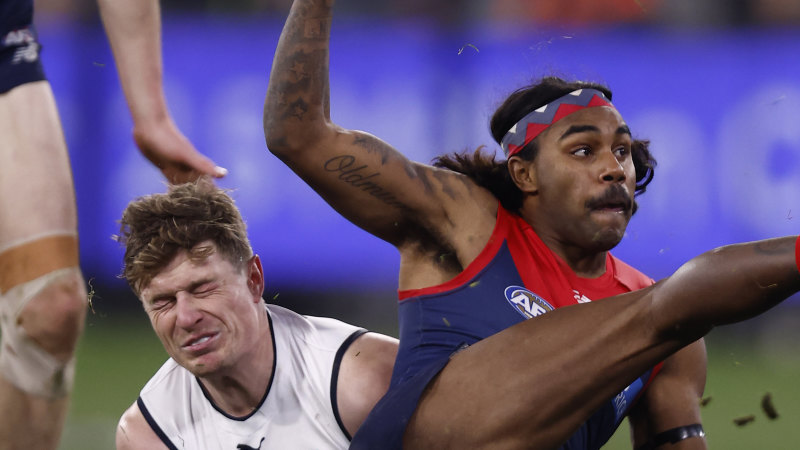 Melbourne are contemplating trading a future first-round pick on draft night as they battle with a number of clubs to get hold of the Giants’ valuable No.19 selection, which will launch the second night of the AFL national draft.

The Demons have two future first-round picks after receiving Fremantle’s future first-rounder in exchange for premiership ruckman Luke Jackson, who requested a trade home to Western Australia at the end of the season. 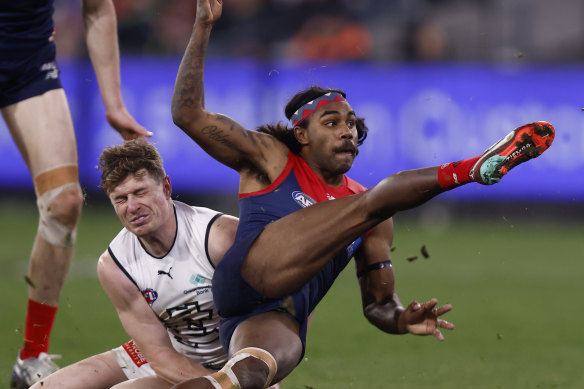 Melbourne’s premiership list was built on canny trading of draft picks, with the club securing two top-10 draft picks across multiple seasons when they were pushing towards finals.

The Western Bulldogs also hold two future first-round picks, having landed the Brisbane Lions’ selection when they traded Josh Dunkley. That also gives the club a strong hand to go after pick 19 on draft night if a player they seek remains available.

The Giants, who have three selections before 19 and a future first-round pick, are happy to assess what might be available before agreeing to any trade, with trading of picks not allowed now until the draft begins on Monday, November 28.

The Brisbane Lions, Fremantle and Port Adelaide traded out their future first-round selections during the trade period for Dunkley, Jackson and Jason Horne-Francis, respectively.

Clubs have also been battling to get hold of a top-10 pick since the trade period ended, packaging up multiple selections in an attempt to secure a prized early pick, but clubs holding those early selections have stood firm.

Essendon are listening to offers for their No.4, knowing South Australia’s Mattaes Phillipou may be available down the order, but recruiters who spoke to The Age believe none of the top-10 choices will change hands.

The asking price, if a trade does eventuate, will differ depending on whom the Bombers engage in discussions, but industry sources said a future second-round selection may be enough if they go back only one to three spots.

Melbourne have had success in being aggressive in their approach to trading selections during their rebuild. They managed to top off their 2021 premiership team when they traded a future first-round pick to North Melbourne in exchange for pick eight at the end of 2019, meaning they had two top picks, which they used on Jackson and Kysaiah Pickett in that draft. Both played key roles in the grand final victory. 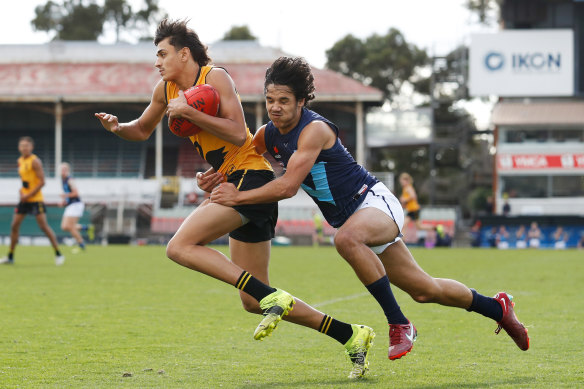 Alwyn Davey jnr (right) has nominated Essendon as his club of choice under the father-son ruling.Credit:AFL Photos

The first selection on the second night of the draft has increased market value because it gives clubs the first pick of the pool of players not chosen on the first night. The club which has that pick can take their time to assess the remaining players available and either guarantee they get their targeted player or take a player they rank highly who has been surprisingly overlooked by other clubs in the first night.

Fremantle (Nathan O’Driscoll, 2020) and Brisbane (Deven Robertson, 2019) both completed trades in previous years to nab the first pick of the second round and secure draft targets who had slid.

The first pick on the second night is likely to move out to pick 21 or 22, with father-son prospects Will Ashcroft, Jaspa Fletcher and potentially Alwyn Davey jnr all chances to attract bids on the first night.

Melbourne already have pick 13, on top of No.37 in the second round, and are showing interest in defender Jakob Ryan and forwards Matt Jefferson and Brayden George. The Demons picked emerging forward Jacob van Rooyen with selection 19 in last year’s draft.