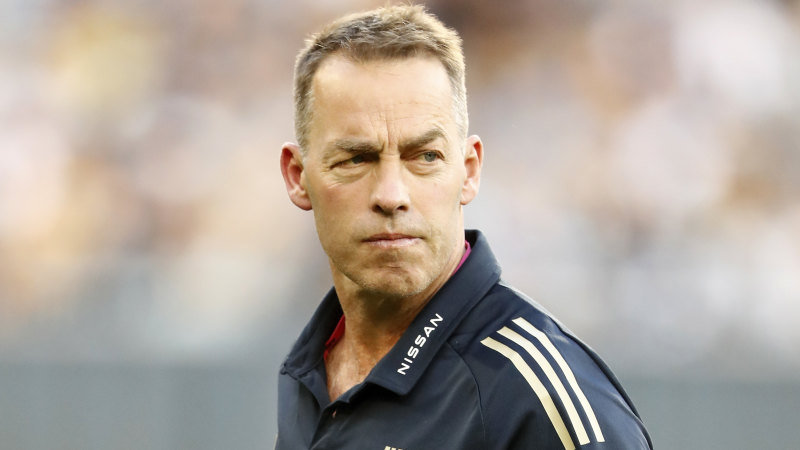 Alastair Clarkson could barely have been clearer in declaring on Thursday morning that he would not entertain a move to replace Nathan Buckley as Collingwood coach.

The four-time Hawthorn premiership coach added that the Hawks would not change their process around dealing with Sam Mitchell’s future despite the destabilising effect of Buckley’s mid-season resignation, announced on Wednesday morning after being revealed by The Age. 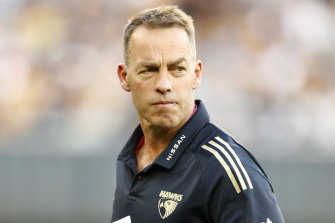 Mitchell, the Brownlow medallist and former Hawks star, is widely viewed as a future AFL coach with speculation rife about the possibility he will replace Clarkson at the end of 2022. An assistant at the Hawks, Mitchell has been coaching Box Hill in the VFL but is out-of-contract at season’s end. His name has also been linked to the Collingwood job, but Clarkson said nothing would change just because of Buckley’s decision.

“Sam’s no different to any other one of our other coaches: Craig McRae, Chris Newman, Brendon Bolton and Andy Otten. We’re grooming all of those guys to be senior coaches one day,” Clarkson said.

“Sam’s been in that mix where we think it’s a really important part of his development to coach his own side and he’s six games into that very opportunity right now.

“Just because something happens in the outside AFL world doesn’t mean that we need to respond to what’s going on outside.

“It’s always disappointing when these things happen mid-season. He’s been a great contributor to the game over a long period of time, Bucks, but it just causes instability right across the league when a senior coach parts ways with his club mid-season.”

Asked about the impact of Buckley’s move on Mitchell and Clarkson, Hawthorn president Jeff Kennett told The Age that “we have a process in place and that will not be changing because of the Collingwood vacancy.”

Former Fremantle and St Kilda coach Ross Lyon, another of the early favourites for the Collingwood job, told Footy Classified on Wednesday night that he would entertain interest from the Pies.

“They are one of the biggest clubs in the land, incredible tradition,” Lyon said.

“If someone rang me from Collingwood and said, ‘Can we talk to you?’, of course I would sit down and have a discussion. I can’t give you a flippant answer here.

“Nathan Buckley is a revered figure, we saw how he handled it, and he still got chewed up and spat out.

“It’s not a simple, flippant, ‘Yeah, I’m interested’, because they are big jobs and they need someone that’s unconditional and committed. It needs serious consideration, there’s a lot of variables.”

Clarkson added that fellow mid-season draftee Jackson Callow could also feature at AFL level at some stage in the back half of the season.

June 10, 2021 Rugby League Comments Off on Clarkson all but rules out replacing Buckley at Collingwood
NFL News