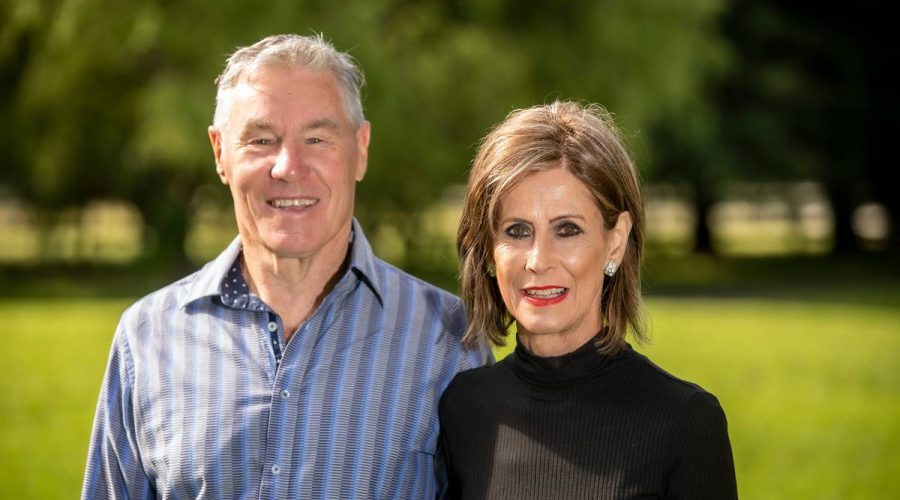 Leading sports physiotherapist Malcolm Hood has revealed he received a chilling threat that his family home would be torched – with his wife and children inside it – if he travelled to South Africa with the rebel Cavaliers rugby team.

And in an exclusive interview with the Herald, the former long-time All Black physio has also revealed more about the financial benefits the controversial Cavaliers enjoyed.

The 1986 tour was organised privately after the issuing of a court injunction saw the cancellation of the scheduled All Blacks’ tour of South Africa a year earlier.

The Cavaliers featured all but two of the 30 players originally selected for the aborted All Blacks tour; with David Kirk and John Kirwan making themselves unavailable for the unsanctioned team.

Hood – who by 1986 had ended his lengthy stint as All Black physio – was a late call up to provide care for the touring team.

In an exclusive interview with the Herald, he revealed that before leaving the country he received a chilling threat directed at his family.

“A young person walked up to me and asked, ‘Are you going over to South Africa?’. I replied, ‘Well, why do you ask that?’. I was then told: ‘If you go to South Africa, I will get my brothers to burn your house down’.

“I said, ‘Well what purpose will that serve?’. They then said, ‘We will burn your family . . . burn your wife, your family, your children’.”

The threat was reported to police, with the Hoods’ then home in Waiuku being put under police surveillance.

A nearby farm owned by Cavaliers and All Black captain Andy Dalton was also monitored by police.

It wasn’t the first time the police had stepped in to provide protection for high-profile rugby figures involved in sporting fixtures against the Springboks.

In the lead-up to, and during, the Springboks’ controversial 1981 tour of New Zealand the homes of Hood and some members of the All Blacks were put under police surveillance.

While the disturbing threat issued to Hood personally was never acted upon, there were several incidents of arson in the Waiuku area around the time of the Cavaliers tour.

The threat never saw him question going on the unsanctioned tour.

“I know it sounds weird, but we had our minds so much on the mission that it wasn’t frightening,” he said.

“We were determined to do what we were doing.”

Hood also revealed that one of his young children was targeted while he was away travelling with the Cavaliers through South Africa.

“One of our boys was beaten up and had his head shoved down a toilet because I was on tour,” he said.

“It was crazy; he didn’t have any say over whether I went on a tour or not. That’s what we had to put up with.”

Meanwhile, Hood confirmed he had been paid $20,000 by South African officials who organised the Cavaliers tour to travel as the side’s physio.

Hood said that sum was based on what his earnings would have been at his physiotherapy clinic for the duration of the Cavaliers tour.

He said there was also “no doubt” that players on the tour also benefited financially; something which put them offside with rugby’s then amateur status.

In the 35 years since the tour, various theories over what the Cavaliers might or might not have received have been aired; including claims players might have been paid in diamonds.

Hood said the deals were more about compensation over lost earnings from jobs back in New Zealand.

“It was the first time we came out even [from a tour].

“They [the players] weren’t paid directly [for playing], but they received something. And I don’t begrudge them that.”

The Cavaliers lost the four-match series against the Springboks 3-1. On their return home, the players were handed two-test bans.

Hood stressed that as far as he was concerned, not one member of the Cavaliers playing or management staff went on the trip for financial gain.

A veil of secrecy shrouded their departure from New Zealand.

Most players left in small groups, travelling with overnight bags and no team-issue gear. The groups who flew out from New Zealand met later in Hong Kong, before then hooking up with several players who were already in Europe playing for invitational teams.

Secrecy also surrounded a night-time visit that Hood paid to the Soweto township during the Cavaliers’ late-tour stay in Johannesburg.

The township was the scene of an uprising in 1976 which saw police eventually opening fire on 10,000 students. Estimates of how many black students died that day range from 176 to over 700.

Due to security fears – including rioting – the Cavaliers management and their security detail banned squad members from visiting Soweto.

Hood initially found a local who promised to take him to the township, only for the man to back out saying the trip would be “too dangerous”.

But that person eventually found a replacement after Hood told him: “In my book no one breaks a promise”.

“We went through the back roads. I remember the fires on the side of the road and driving through them,” Hood said.

At one stage he was hidden under a blanket to keep his presence secret. When they finally stopped outside a shebeen – an unlicensed bar selling homebrew beer – Hood was initially told to stay in the car.

“He later came out and said ‘come on in’. He introduced me to a woman and said, ‘This is the Queen of Soweto’,” Hood said.

“We got along really well and we talked politics. She said, ‘You are safe in Soweto’. I felt pretty secure there even though it was late at night . . . and there were 50 murders a week.”

A British journalist later almost busted him for the unapproved visit.

“One member of the British press came to see me one morning at breakfast and said, ‘I heard you went into Soweto at night’,” Hood said.

“I just said, ‘I don’t know where you go that story from’. He asked if it was true and I replied: ‘Do you think anyone would be able to go into Soweto at night with all these riots taking place?’. He said no and disappeared.”

Rebel tour security: ‘What I have in my bag will kill you’

Heavily armed troops guarded the Cavaliers 24/7 throughout the 1986 rebel tour of South Africa.

Members of South Africa’s elite special forces protected the side from the moment they flew into Johannesburg in mid-April 1986.

The squad was also allocated a floor in the city’s brand new Johannesburg Sun Hotel, with an ever-present security detail.

“We were told that we would not be able to get in and out of our floor without first going through their special forces,” Hood said.

“We were accompanied by their special forces the whole way through South Africa. They were on the bus . . . everywhere we went they were looking after us.”

Given the amount of time the security forces spent alongside the Cavaliers, Hood and some of the players developed a strong bond with some of the elite soldiers.

One of them was the personal bodyguard of then South African president P.W. Botha.

Another special forces member who travelled on the Cavaliers’ bus constantly had with him a satchel stuck together with velcro which peeked the players’ interest.

“I asked him what he had in there and he said, ‘What I have in my bag will kill you’,” Hood said.

One day the soldier left the bag momentarily unattended, with a member of the squad opening the bag to find an Uzi submachine gun and several grenades.

The closeness between security and members of the Cavaliers saw Hood and star backs Bill Osborne and Steven Pokere spending several hours shooting a variety of weapons at a military firing range.