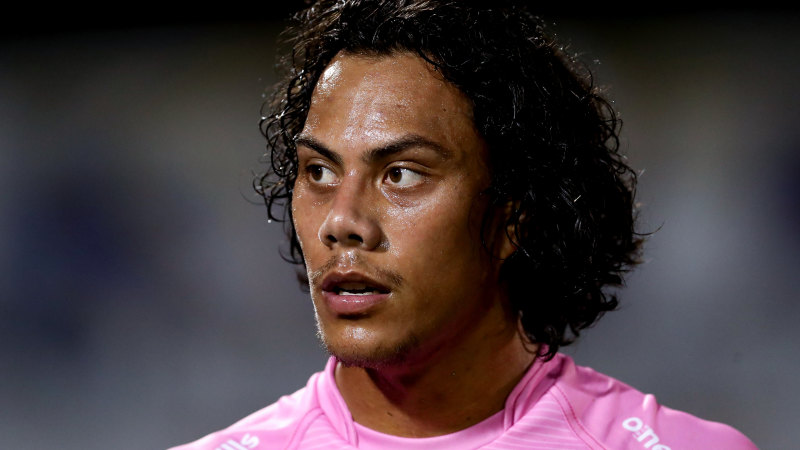 Nathan Cleary may be the superstar and face of the young Panthers but there is one player seen by the club as even more valuable on and off the field.

Jarome Luai has been dubbed the “cultural architect” and “chief energy officer”, or “CEO”, of Penrith with coach Ivan Cleary saying the five-eighth “helps fit all the pieces together”.

“‘Romy’ [Luai] is one of those guys who offers more than his own individual contribution,” Cleary told the Herald before Saturday’s opener against North Queensland.

“He’s our cultural architect in many ways – his energy and his ability help bring the group together. He’s probably annoying to other teams – he’s annoying to our guys sometimes as well – but he’s a really crucial piece to our team.”

Luai was the last of the club’s off-contract young stars to extend his deal. A three-year $2.1m contract has tied him to the neighbourhood until at least the end of 2024.

The playmaker, who is pushing to try and partner Cleary in the halves for NSW, said the ‘CEO’ nickname was not one he had given himself but he still welcomed it.

“Yes, ‘chief energy officer’, I didn’t ask for it but it’s to do with the energy I have,” he said.

“I try to be positive all the time and be happy. Even when we’re doing fitness, I love having that attitude of trying to attack the session. We don’t play footy forever, so you have to love what you do.”

Luai sprints from one end of the field to the far corner-post before every training session. Even when the mercury plummets in July and August at the foot of the mountains, he will tear down the field. He did likewise when brought into the Blues camp last year.

Luai said it helped him focus and prepare for the session ahead.

Teammate Brian To’o, who will shift from the right to the left wing to complete an all-Mt Druitt back line with Luai and Stephen Crichton, said he had never seen Luai not jovial. The pre-training sprints were also infectious.

“He drives me to training every day, and when he rocks up to my house he’s forever beeping,” To’o said. “He does the same when he drops me off. We’ll put the tunes on and do our karaoke. I’ve never seen him down.

“I’m looking forward to playing with him this year. It will be a pretty special left edge. Myself, ‘Critter’ [Crichton] and ‘Romes’, we’re very close outside of footy, and to come into 2021 and be told we’ll all be playing alongside each other, it’s something we’re looking forward to.”

To’o has vowed to produce some TikTok-inspired try celebrations for his nieces should he get across the line against the Cowboys.

Cleary and Luai have played together since they were teenagers at the foot of the mountains and should improve after their first full season together in the top flight last year. Luai improved so much in the run to the finals that there were games he outplayed the No.7.

When signing his deal late last month, he said: “One of the reasons I wanted to stay was to play with my best mates, we’re like brothers here – we’re like family – and I can’t wait to see how we go this year. I do think we can go one better, 100 per cent.