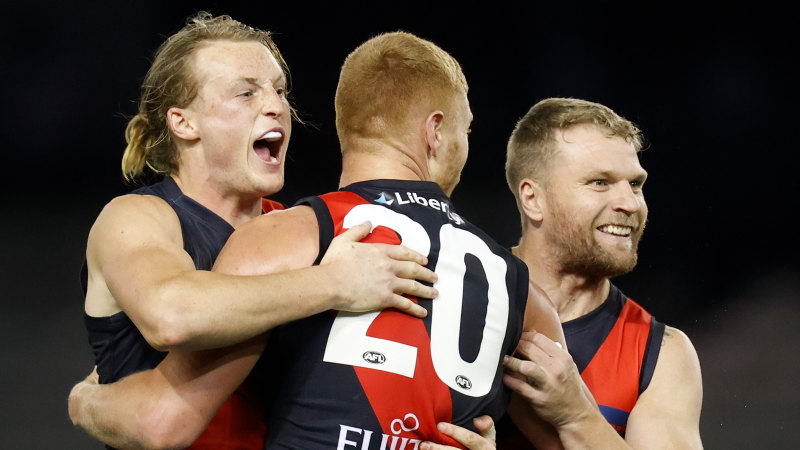 Essendon’s Mason Redman is free to play against the Gold Coast after his one-match suspension for a dangerous tackle on Marcus Bontempelli was overturned by the AFL tribunal on Tuesday night.

The Western Bulldogs’ medical report said Bontempelli was not injured in the dangerous tackle, nor does he need further assessment this week. 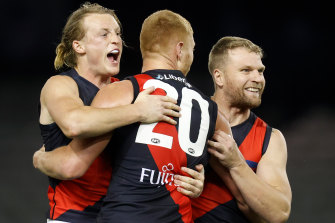 Essendon’s legal counsel Ben Ihle argued the incident should be deemed low impact and not medium – and therefore only attract a fine – similar to tackles graded low and executed by Ed Langdon, Taylor Walker and Cam Guthrie.

“It is clear and unequivocal that the primary point of impact [with the ground] was Bontempelli’s left side and shoulder,” Ihle said.

“It is certainly not a fully-fledged face plant nor is it the full force of having Taylor Walker fall on top of the player when their head makes contact with the ground.”

Ihle said the potential to cause injury in this example was also low, and thus the tackle is not worthy of a suspension.

Jeff Gleeson, for the AFL, said the potential to cause injury from the tackle was significant because it could have caused a neck or spinal injury. Redman essentially had Bontempelli “vertical” in the tackle and had his arms pinned, before flinging him into the ground, he said.

“At the point of impact there is a pretty nasty looking body shape with all the momentum swinging across and upwards and the force on the neck is significant,” Gleeson said.

“This is medium impact because of risk to the neck. We have got to do everything we can … to diminish it as much as possible.”

August 10, 2021 Rugby League Comments Off on Bomber Redman in the clear over Bontempelli tackle
NFL News