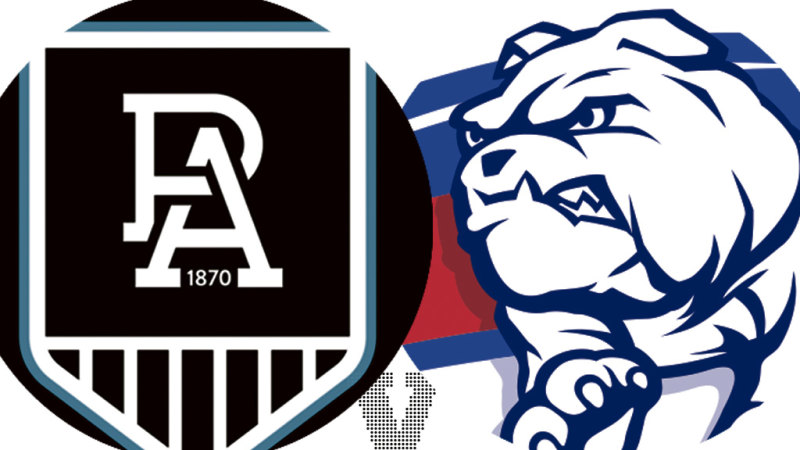 In the already fabled final quarter of his team’s one-point semi-final win over the Brisbane Lions, Bailey Smith’s most talked-about-moment wasn’t the stupendous, left-foot goal that gave the Dogs a six-point lead late in the final term. Rather, the action that created most discussion – and mild controversy – was the celebration of that brilliant left-foot goal. Click here to read the full story. 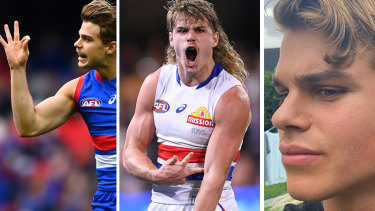 ‘They all sting’: Motlop desperate to make it fifth time lucky

If forever being runner-up is traditionally likened to always being the bridesmaid, Steven Motlop keeps narrowly missing getting invited to the wedding at all.

On Saturday night he will line up in his fifth preliminary final in 13 years on an AFL list. 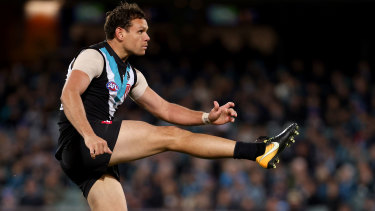 Steven Motlop would love nothing more than to play in a grand final.Credit:AFL Photos

Port Adelaide will finish top two and the Western Bulldogs are likely to finish outside the top four after the ever-reliable Robbie Gray gave Port the lead for the first time with less than five minutes remaining as they kicked three unanswered goals to snatch victory.

A long shot from the Bulldogs’ Bailey Smith fell just short and was rushed through for a behind with seconds remaining to give Port the win by two points.

The result means Port will enjoy a home qualifying final for the second consecutive season but may be without young tall Mitch Georgiades who hurt his hamstring. 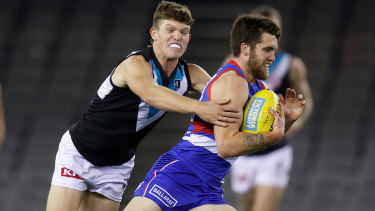 Reader poll: What do you think was the greatest preliminary final?

The apple doesn’t fall far from the tree in the Liberatore family! Twenty-four years after his father Tony tackled the Power, Tom will be taking them on for a spot in a grand final. 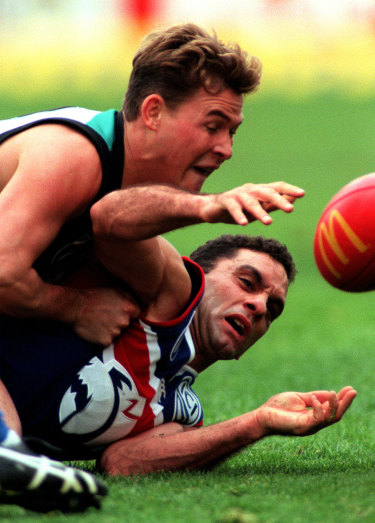 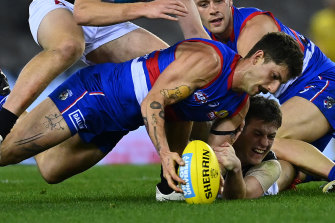 Tom Liberatore and Willem Drew chase the ball in round 23.Credit:Getty Images

The Power are in sensational form, having won 10 of their last 11 games, including their seven on the trot. One of those victories was against the Bulldogs in round 23, a thrilling two-point result.

Funnily enough, though, Port Adelaide have experienced mixed form at their home ground this year, only winning five of their last eight games there. But they have won their last three matches at the venue.

After a terrible end to the season, which saw them lose their last three home-and-away games and drop out of the top four, the Dogs have responded brilliantly with a pair of finals wins over Essendon and Brisbane.

Their last win over the Lions in particular was an absolute epic, a one-point victory for the ages which will go down as one of the greatest VFL/AFL finals ever played.

The Bulldogs have a good recent record at Adelaide Oval, too, with three wins from their last four games there, including two wins over the Power.

The 2021 season head-to-head between these two sides is 1-1, and in a good omen for the Dogs, the away team has won on both occasions. 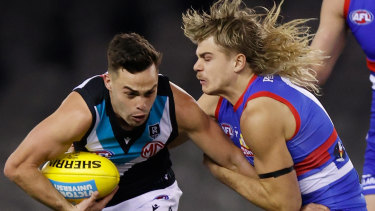 Hello everyone and welcome to our live blog of the second preliminary final between Port Adelaide and the Western Bulldogs from Adelaide Oval.

The winner of tonight’s clash will face Melbourne in the 2021 AFL Grand Final in two weeks’ time at Optus Stadium.

The Power haven’t made it to a premiership decider since 2007 when they were smashed by a record 119-point margin by Geelong.

The last time the Doggies made it that far, they created history when they swept all before them in 2016 to famously break their 62-year premiership drought.