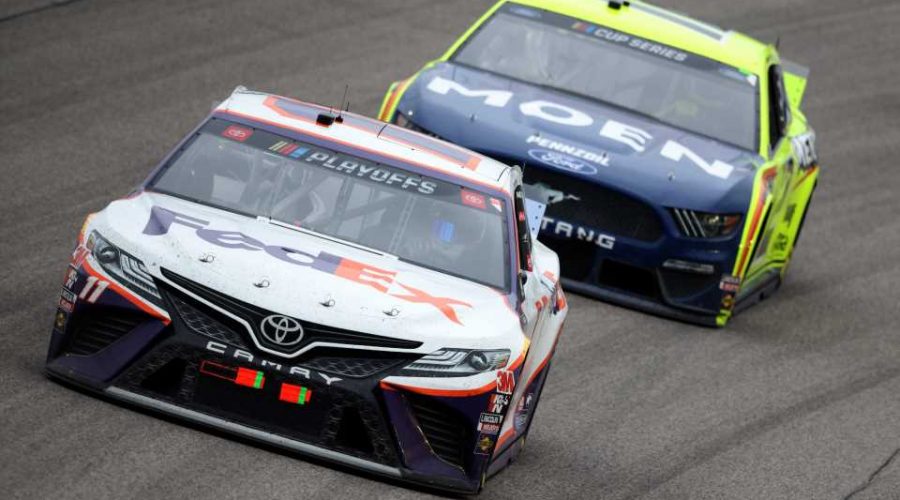 Sunday’s Buschy McBusch Race 400 could produce a 10th winner in as many as 11 NASCAR Cup Series events in the 2021 season.

Brad Keselowski became the ninth such winner on April 25 when he led just one lap — the final one — to come away victorious from a wild Geico 500. Once again, Denny Hamlin was in position to earn his first win of the season. He had the pole position at the start of the race and led the most laps, but a costly double penalty on pit road took him out of contention of the race in a 32nd-place finish.

Now the racers will turn to the Kansas Speedway in Kansas City, Kansas, where Hamlin won in 2020. Can he finally make his way to victory lane, or will another racer earn that coveted top spot?

Sporting News is tracking live updates and highlights from NASCAR’s race at Kansas Speedway on Sunday. Follow for complete results from the Buschy McBusch Race 400.

3:13 p.m.: There’s the green flag … and they’re off! Brad Keselowski started right where he left off in Talladega as the lead racer after one lap.

The green flag for Sunday’s NASCAR Cup Series race at Kansas Speedway is scheduled to wave at 3:13 p.m. ET.

Fox and Fox Sports 1 will televise NASCAR races through the June 13 All-Star Race at Texas. FS1 will air Sunday’s race, the 11th of the NASCAR Cup Series 2021 season.

Here is the complete starting lineup for the Buschy McBusch Race 400 without qualifying: