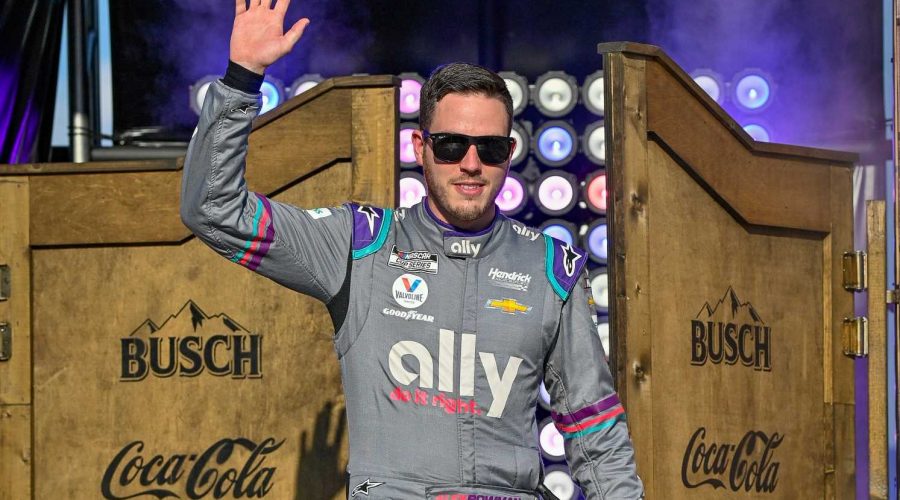 Kyle Larson was racing toward history with one turn in sight.

Larson, who had won three consecutive NASCAR Cup Series points races, had driven his way back to the position he's been in for most of the 2021 season — leading the way after passing Hendrick Motorsports teammate Alex Bowman with five laps remaining Saturday in the first race of a weekend doubleheader at Pocono Raceway.

But fate and the Tricky Triangle had other ideas. Coming out of Turn 2, Larson's left front tire went flat, and seconds later his No. 5 Chevrolet was crashing into the Turn 3 outside wall, allowing Bowman to slip by for his third victory of the season.

"I hate to win one that way," Bowman said after taking the checkered flag, "but heck yeah, I'll take it!"

“Disbelief, still,” Larson said. “It would have been to win five in a row. I felt something in the middle of the tunnel. I wasn’t sure what it was yet. It kind of shredded the tire.”

Bowman led just 16 of the 130 laps in the Pocono Organics CBD 325 in his No. 48 Chevrolet, the vast majority spent finding a way to keep Larson behind him.

"Man, we didn't run that good all day, so I'm kind of in shock," Bowman continued. "Bad-luck Bowman had some luck there. The 5 beat us, but their misfortune — it happens, it's part of the sport — so I'll take it."

Bowman’s victory pushed Hendrick Motorsports’ Cup Series win streak to six consecutive races, which began with Bowman's win at Dover on May 16. That was followed by Chase Elliott's win at Circuit of the Americas on May 23 and three consecutive wins by Larson — at Charlotte Motor Speedway for the Coca-Cola 600, Sonoma Raceway and Nashville Superspeedway last weekend.