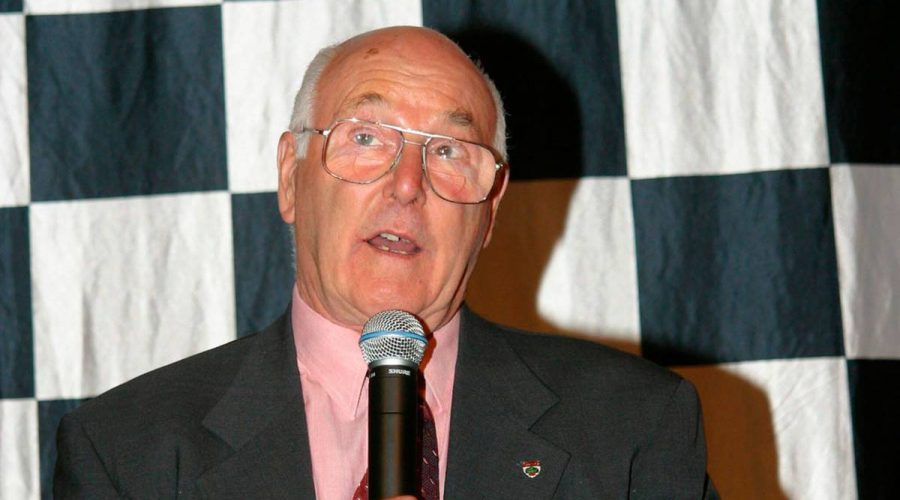 Legendary Formula 1 commentator Murray Walker has died at the age of 97.

The former BBC commentator’s first call was the 1949 British Grand Prix at Silverstone, the year before F1 began.

He then became the voice of Formula One with the BBC and ITV before retiring in 2001.

“His passion and love of the sport inspired millions of fans around the world,” F1 tweeted. “He will forever be a part of our history, and will be dearly missed.”

Walker was a World War II veteran who commanded a Sherman tank and fought in the Battle of the Reichswald with the Fourth Armoured Brigade.

“I was in a tank regiment during the war and when I came out I started racing bikes for excitement,” he told the Herald in 2011.

His love of motorsport came from his father who was a winner of the famous Isle of Man time trial.

“I was reasonably good at club standard but I was never going to be the superstar I wanted to be. You know what they say – those that can do it do, and those that can’t talk about it. So I started talking about racing,” Walker said.

That led to a remarkable career of more than 50 years behind the mic. Though it did see a few Walker-isms as he often took replay shots for live action.

“… and here comes Damon Hill in the Williams. This car is absolutely unique – except for the one behind it, which is exactly the same …”

“You can see the cooling elements coming out of his balaclava.” To which Martin Brundle replied, “That’s his hair.”

“What’s that? There’s a body on the track!” To which James Hunt replied, “Um, I think that that is a piece of bodywork from someone’s car.”

“So Bernie [Ecclestone], in the 17 years since you bought McLaren, which of your many achievements do you think was the most memorable?”