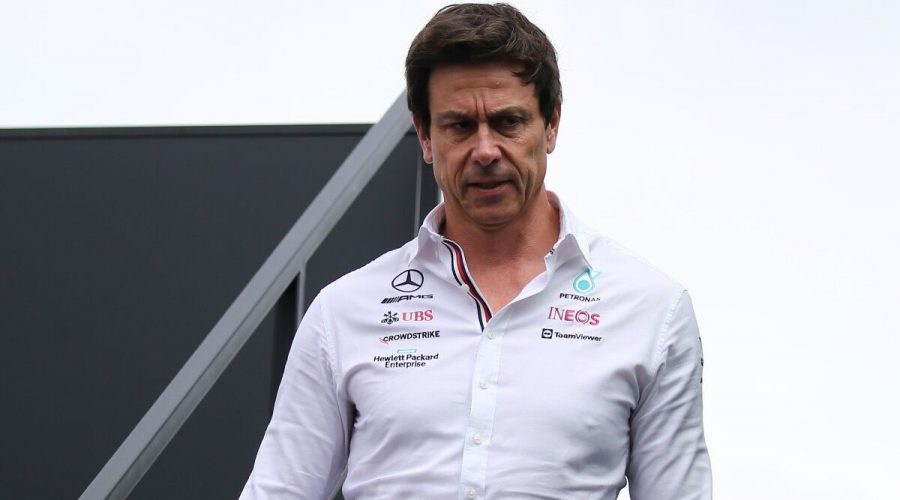 Lewis Hamilton discusses his experience with race in Formula 1

Toto Wolff has admitted Mercedes are around 10 months behind their arch rivals Red Bull due to their porpoising issues. The problem has caused a real headache for Mercedes throughout the 2022 season, as the Silver Arrows struggled to adapt to strict new FIA vehicle regulations.

The issue, especially early on in the season, has left the Mercedes’ W13 car bouncing whilst being driven down straights, which has cost them dearly when out on the track. Mercedes’ struggles with the car has seen their period of dominance in the sport come to an end after Red Bull were crowned constructors’ champions late last month.

Prior to 2022, the Silver Arrows had won every other constructors’ title since 2014, however their loss and Red Bull’s gain this campaign is set to have a lasting impact heading into 2023, according to Wolff. Discussing the uphill task his team continue to face, he said, as quoted by GPFans: “They will carry over some of their sweetness in the car and we have maybe lost maybe eight to 10 months in terms of development because we couldn’t figure out what was wrong.

JUST IN: F1 CEO declares ‘we want to create a Super Bowl’ after adding third US race to calendar

Despite Wolff’s concerned comments, Mercedes’ starman Lewis Hamilton is already keen to bounce back in 2023 and win the constructors’ title his team have conceded to Red Bull.

Hamilton commented: “Each year you have to ask yourself if you’re willing to give as much if not more than you did when you first started. Are you willing to give up all your time to prepare and train and work with the team and deliver? If there’s ever a moment I’m arriving and I’m just coasting along, that’s when I don’t belong here and don’t deserve the position here, and that’s when I should stop.

“I question myself as to whether I’m able to do that and whether I want to do that, and the answer is yes. We obviously have a championship we need to get back, and I love the mission and that challenge with my team.

“I can’t wait for the time when we get back to success. When we finally get that win, when we get that championship…it will make all of these tough moments worthwhile.”