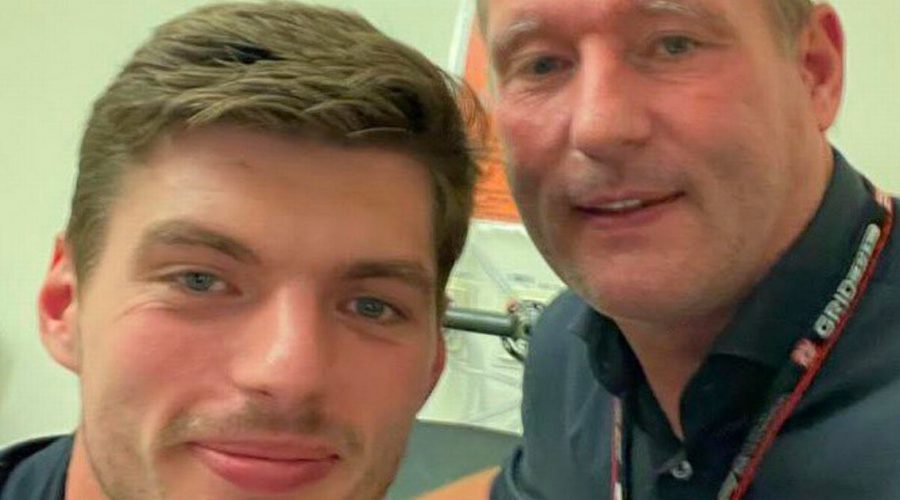 Max Verstappen has revealed he has left hospital after his crash with Lewis Hamilton on the first lap of the British Grand Prix at Silverstone.

The title rivals lined up alongside one another on the front row of the grid but collided in the opening stages in an incident which saw Hamilton given a 10-second penalty.

Verstappen was forced out of the race and taken to hospital as a precaution, but he has now been released after undergoing checks by medical professionals.

He tweeted: "Cleared from the hospital after all the checks were ok. Thank you to everyone for all the nice messages and best wishes."

Despite his penalty, Hamilton recovered to win the Grand Prix and cut the gap to Verstappen at the top of the drivers' standings to just eight points.

It sparked wild celebrations at Silverstone, and Verstappen hit out at his rival following the race.

"Very disappointed with being taken out like this. The penalty given does not help us and doesn’t do justice to the dangerous move Lewis made on track.

"Watching the celebrations while still in hospital is disrespectful and unsportsmanlike behavior but we move on."

Hamilton insisted in his post-race interview on Sky Sports he was unaware Verstappen had been taken to hospital.

"I didn't know he was in hospital," he said. "Honestly, no it doesn’t [take a shine off it]. This is racing.

"Of course I would love to be able to race and us to leave each other space and there is plenty of space on the track for us to get around and manage for a long time without colliding with someone.

"But when someone is just too aggressive, these things are bound to happen and there’s not a single driver here that doesn’t know how aggressive a driver can be.

"There’s not really much more for me to say. I hope he’s OK. OF course I would love to have a wheel to wheel battle for the whole race.

“I enjoy racing with him, but I would never back down from everyone and I would not be bullied into being less aggressive.

"Today, this weekend, we needed the points, there was a gap, he left a gap and I went for it."

Hamilton later sent his best wishes to Verstappen on Twitter, posting: "Today is a reminder of the dangers in this sport. I send my best wishes to Max who is an incredible competitor. I’m glad to hear he is ok.

"I will always race hard but always fairly. My team showed grit and perseverance out there. It’s a dream to win in front of my home crowd

“It shouldn’t be like that, to be honest with you," he said on Sky Sports. "Max has incurred a 51g accident. Lewis Hamilton is an eight-time world champion, he shouldn’t be making manoeuvres like that. It’s unacceptable.

“Thank goodness, the biggest result for us today is that he’s uninjured, he’s having to go to hospital for [precautionary checks.

“I hope Lewis is very happy with himself.

“He was nowhere near ahead, it was contact, left front to right rear, and the speed they’re travelling, It’s one of the fastest corners in the championship.

“Lewis has got more than enough experience to know that’s unacceptable and, as I say, I”m just very disappointed that a driver of his calibre should make such a move.

“It’s dangerous, he’s put a competitor at risk, it looked desperate and thank goodness uninjured, he’s in hospital getting himself checked out.

“I don’t care what Lewis says, have a look on your own analysis, draw your own comparisons.

“For me, that’s a hollow victory.”