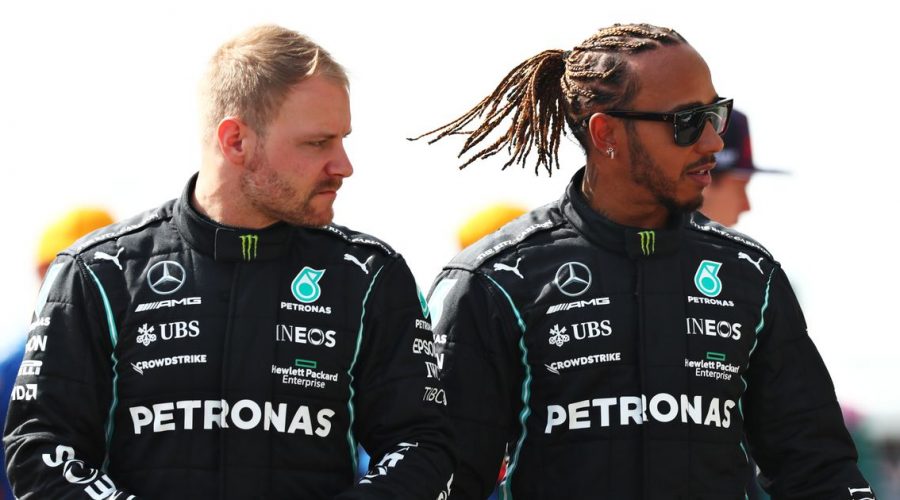 Bottas has spent the last four years with Mercedes after departing previous team Williams, but he is yet to get his hands on an F1 championship.

The Finland driver has twice been denied by team-mate Hamilton, who has enjoyed a four-year stranglehold on the championship and claimed six titles since 2014 to move level with F1 icon Michael Schumacher in the history books.

Given he is struggling to emulate the Brit’s achievements, Massa believes Botta is now feeling the pressure amid reports suggesting Mercedes are plotting a shake-up of their driving team.

With both him and Hamilton out of contract at the end of the season, youngster George Russell has been touted as a potential option for them next term with his stock continuing to rise.

“It's a mental thing. It is not easy to fight with a champion like Hamilton. The same goes for [Sebastian] Vettel,” Massa told La Gazzetta dello Sport.

“They are both in a difficult situation and then Bottas also has to live with Russell who keeps chasing him.”

Bottas and Russell became embroiled in a heated dispute at the Emilia Romagna Grand Prix earlier this month when a crash sent them both spinning off track.

Russell then went over to Bottas as he remained slumped in his car and appeared to slap his helmet.

The pair were then seen arguing before going their separate ways, but Russell has since issued an apology over the incident.

“George is very strong, even though he made a mistake in Imola,” Massa said.

“He deserves a chance and I hope Mercedes will give it sooner or later.

“I liked the fact that he apologised for his mistake. That is a sign of maturity, that he dares to admit such a mistake.”

April 29, 2021 F1 Comments Off on Valtteri Bottas in a ‘difficult’ situation at Mercedes due to Lewis Hamilton
NFL News