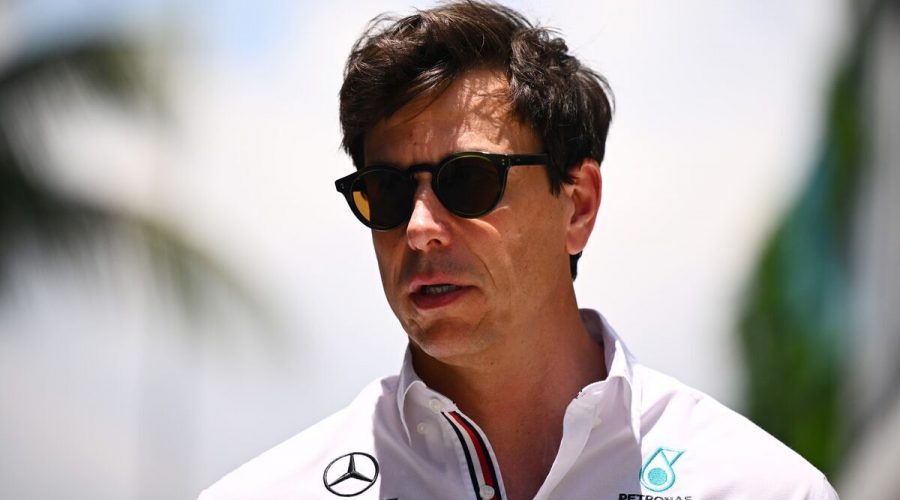 Toto Wolff has insisted that Mercedes would be foolish to write off their hopes of securing a ninth successive Constructors’ Championship title in spite of Lewis Hamilton’s pessimistic outlook on the prospect of clinching this year’s end-of-season honours. The Silver Arrows have endured a turbulent start to the new campaign when compared to the likes of Red Bull and Ferrari and will need to make up plenty of lost ground in order to challenge at the top of the standings between now and the final race of the year in Abu Dhabi.

Mercedes currently sit third in the Constructors’ Championship standings but have been well adrift of their rivals in terms of outright performance as of late, with Red Bull and Ferrari having dominated proceedings over the course of the season to date. However, Wolff is not prepared to give up the chase just yet, with the German team expected to bring a number of upgrades to this weekend’s Spanish Grand Prix.

“No, not at all,” the Mercedes boss told Austrian outlet Sport24 when quizzed on whether or not the season is already a write-off from his point of view.

“We’re only [after] our fifth race, so you can’t write anything off, it can swing back in our direction. And in terms of points, we are not yet dramatically behind.”

Mercedes have reportedly made some changes to the floor area of their W13 challenger ahead of the next race at the Circuit de Barcelona-Catalunya in an attempt to eradicate the porpoising issue which has plagued their efforts over the last few months. The Silver Arrows used up one of their filming days to run the rule over the alterations at Paul Ricard on Wednesday, which many have described as a ‘secret test’ due to their ability to trial the changes in advance of this weekend’s event in Spain.

It remains to be seen whether Mercedes’ new floor design will have the desired effect when the on-track action gets underway on Friday as they look to reignite their fading hopes of adding to their long list of F1 titles at the end of the season. Hamilton has already cast doubt over the possibility of achieving this feat, though, by writing off his hopes of clinching a record-breaking eighth Drivers’ Championship triumph after finishing outside the points at last month’s Emilia Romagna Grand Prix.

“We’re obviously not fighting for this championship,” the 37-year-old told Sky Sports F1 after his lacklustre showing at the iconic Imola circuit. “But we’re fighting to understand the car and improve and progress through the year, that’s all we can hope for right now.

“Ultimately we haven’t got it right this year, but everyone’s working as hard as they can to correct it.”

May 19, 2022 F1 Comments Off on Toto Wolff disagrees with Lewis Hamilton in defiant message to Red Bull and Ferrari
NFL News