It’s rare for the Brazilian Grand Prix to pass with few talking points and Sunday’s race provided plenty of them as Lewis Hamilton took a controversial victory.

The Brit benefited from a collision between race leader Max Verstappen and backmarker Esteban Ocon to steal the win and secure the constructors’ championship for Mercedes.

But what were the other key moments from the weekend? Sportsmail looks at the six things you missed from Interlagos. 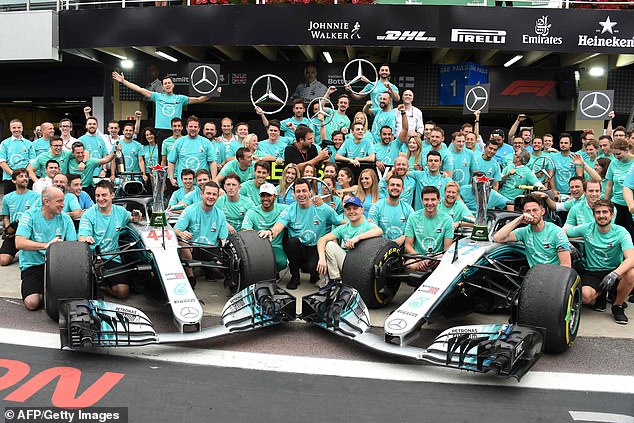 Beneath the controversy of Max Verstappen’s desire to tear Esteban Ocon into a million pieces, Mercedes’ celebrated winning a fifth straight constructors’ championship – a feat matched only by Ferrari from 1999-2004.

Mercedes are pretty much used to celebrating wins by now but the triumph was greeted as if they were still just winning their first.

Shirts marking the fifth title were handed out as the team sang along to Queen’s ‘We are the Champions’… before of course in true in F1 style the champagne was sprayed and Hamilton scampered off. 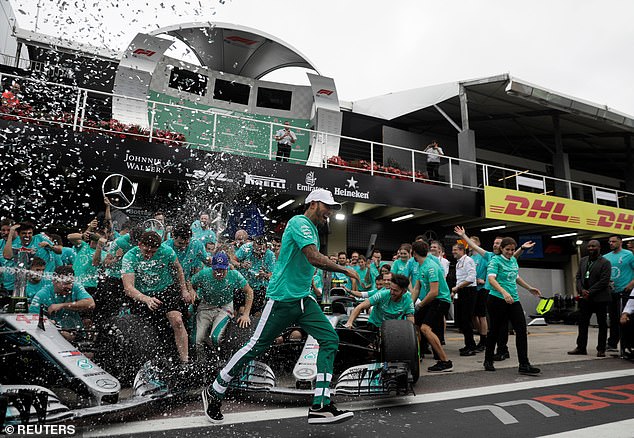 It seems neither Ferrari nor Red Bull can bring Mercedes crashing back to earth these days following Lewis Hamilton’s tenth win of the campaign.

Instead it was up to a barrier in parc ferme to do the job. As Hamilton leaped into his mechanics to mark his Interlagos win, the dividing barrier gave way sending the world champion (and some of his team) straight to the ground. 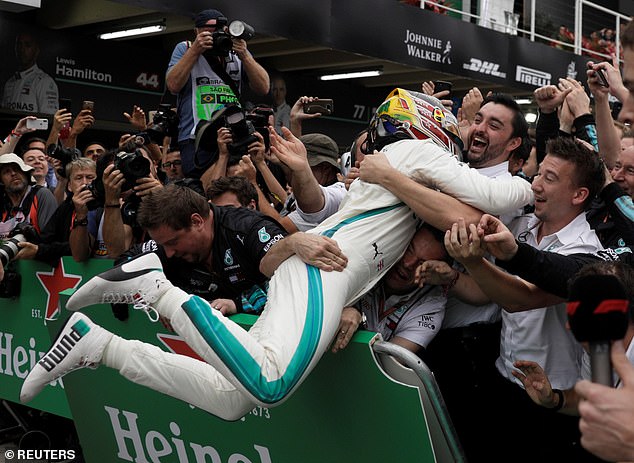 After winning at Interlagos, Hamilton went straight from his car to celebrate with his team 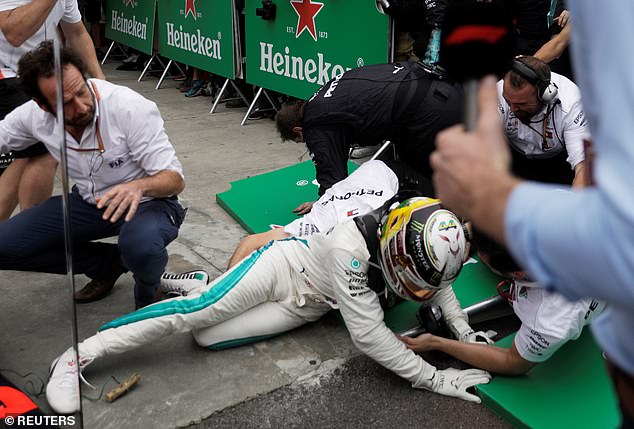 But the barrier dividing Hamilton from his team gave way, causing the Brit to fall to ground

Remember the 2017 Japanese Grand Prix when Daniel Ricciardo hi-jacked Lewis Hamilton’s phone on the podium before then pulling a series of funny faces.

Well he was up to his old tricks before the race, stealing Mercedes’ social media team’s handset for the drivers’ parade before he and Fernando Alonso had a little fun filming their rivals on the truck during the tour around the lap. 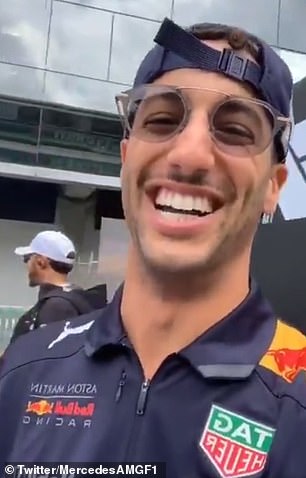 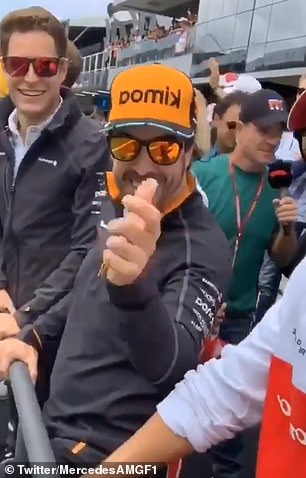 …at least just for one race. For almost his entire second spell at Ferrari Kimi Raikkonen has had to give way to either Fernando Alonso or Sebastian Vettel when he had the audacity to lead either in the race.

But so poor was Vettel’s pace in Interlagos, Ferrari chief Maurizio Arrivabene ordered the German to let Raikkonen pass on lap 35 in an attempt to find a way past Valtteri Bottas for fifth place.

It paid off, with Raikkonen going on to just hold third from Daniel Ricciardo, while Vettel was a lowly sixth. 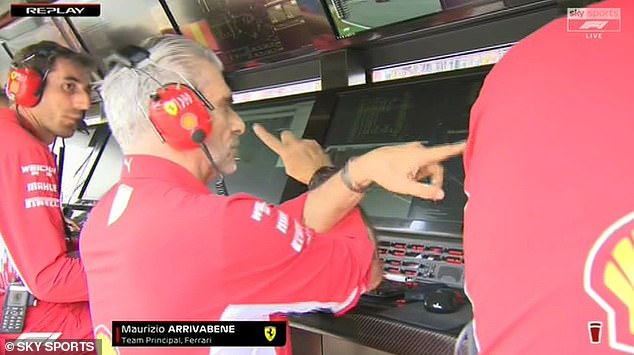 Having already furiously confronted Ocon in the pit garages following their collision that cost him the win, Verstappen was still visibly very angry when he took his place on the podium as runner-up.

The question was whether he would spray the champagne or smash it down in frustration after seeing an otherwise certain race victory slip from within his grasp.

Instead he did neither. Picking up the bottle he walked briskly away from view, leaving Hamilton and Raikkonen behind. 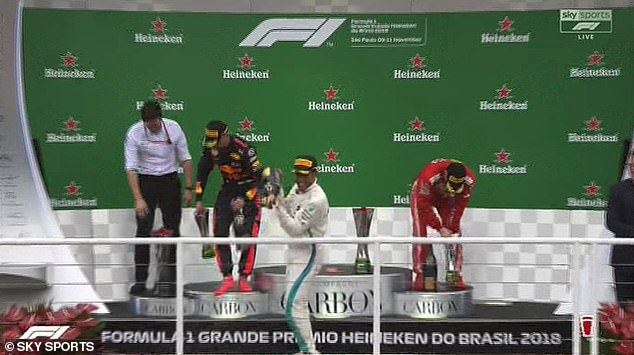 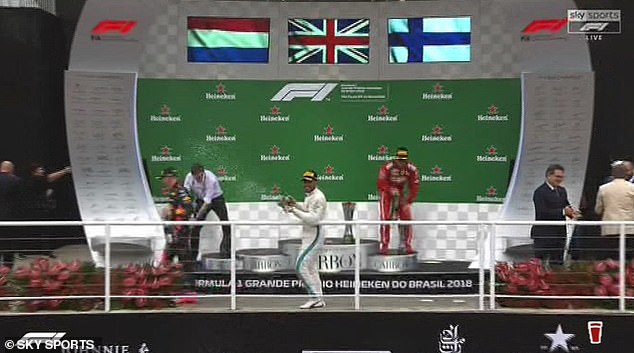 But instead of spraying it, he made his way off the podium stage at Interlagos 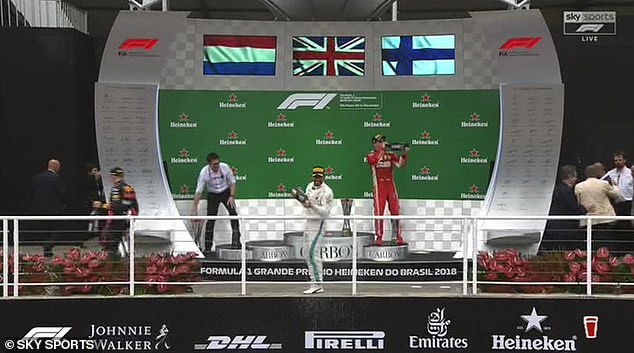 For the first time since 1990 there was no Brazilian on the grid for the grand prix at Interlagos.

So with no locals to cheer, organisers had to bring back some old favourites.

Double world champion Emerson Fittipaldi was on the grid before the race, while two-time Brazilian GP winner Felipe Massa and a third Sao Paulo favourite in former Ferrari driver Rubens Barrichello helped out with interviews on the drivers’ parade lap. 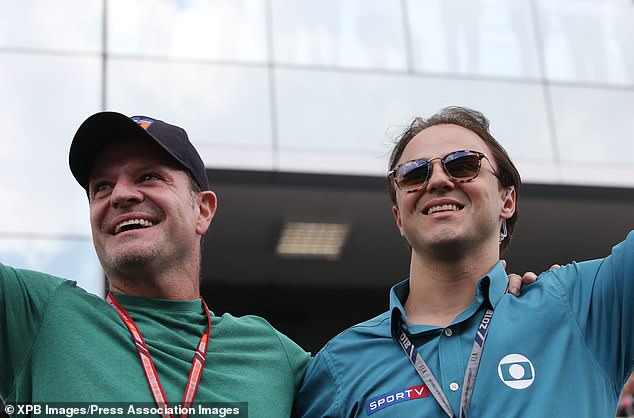 November 12, 2018 F1 Comments Off on Six things you missed from the Brazilian Grand Prix
NFL News