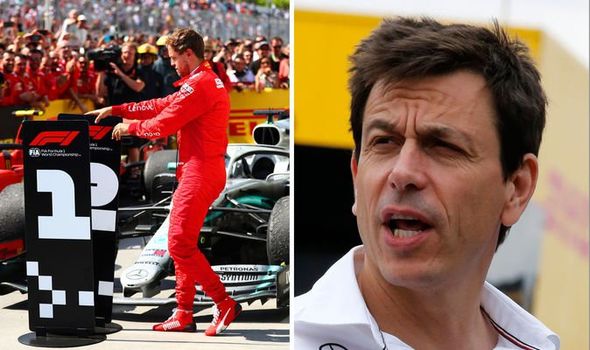 Sebastian Vettel finished first in Montreal on Sunday, before seeing the win stripped by a five second time penalty.

The Ferrari star ended up second on the podium behind Lewis Hamilton after making a mistake on lap 48.

After going wide on turn four whilst leading Hamilton by just over one second, Vettel attempted to retain his lead by returning straight to the racing line.

In doing so, he pushed Hamilton towards the wall, nearly causing a collision.

His five second time penalty meant that the Briton was elevated up to the top spot on the podium, much to Vettel’s disgust.

After parking his car away from the designated podium car park, Vettel switched the markers showing the final positions to show himself first and Hamilton second.

And Wolff explained to Sky Sports that he believes Vettel had every right to do so, while suggesting he felt the German should have reacted more angrily. 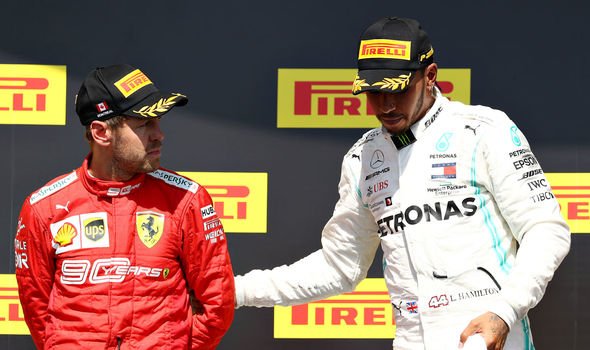 “First of all, Sebastian is absolutely right, if it was me I would kicked the damn board and thrown it against the car,” he said.

“Emotions are logic, and are good for the sport. And in all the typical decisions there is a controversial one.

“I am of course biased for Mercedes and there is a rule that says you have to leave a car’s width when you go off the track, and I think his instinctive reaction was that he had to protect that position, and maybe that was a tiny bit too far. 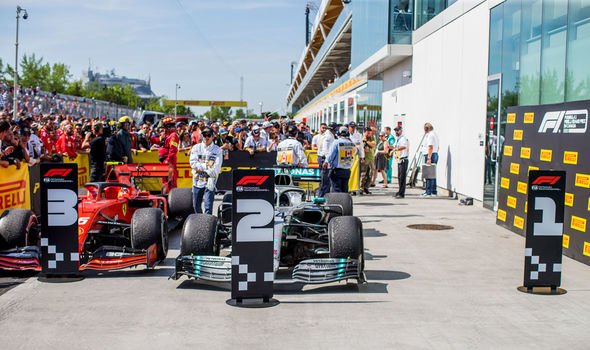 “If you’re a Ferrari fan, or somebody that is keen on seeing hard racing, you’d like to see a little bit more of a bumper car mentality.

“I was a bit surprised because I didn’t think that they would come up with a controversial decision but from a clear revelations point, they have interpreted what is black and white.

“The stewards are out there specially the race stewards, they need to be supported. There is Emanuele Pirro up there, and they don’t get much more professional than Emanuele. I think they looked at the incident and that needs to be respected.”