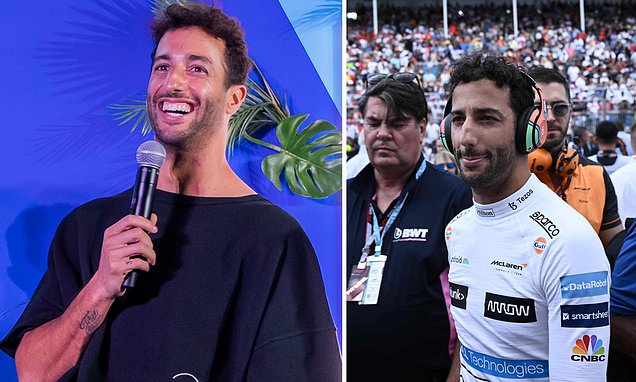 Daniel Ricciardo’s wild hotel night: F1 star says he didn’t just trash his room – ‘I trashed the whole floor’ – as teammate Lando Norris reveals how he got chucked out of the Hilton pool

Daniel Ricciardo has revealed he lives the Formula One playboy party lifestyle to the hilt as he confessed to trashing ‘the whole floor’ of a hotel he was staying in.

The Aussie McLaren star shared antics of his hotel nights with teammate Lance Norris in a panel discussion at the Hilton x McLaren party before last weekend’s Miami Grand Prix. 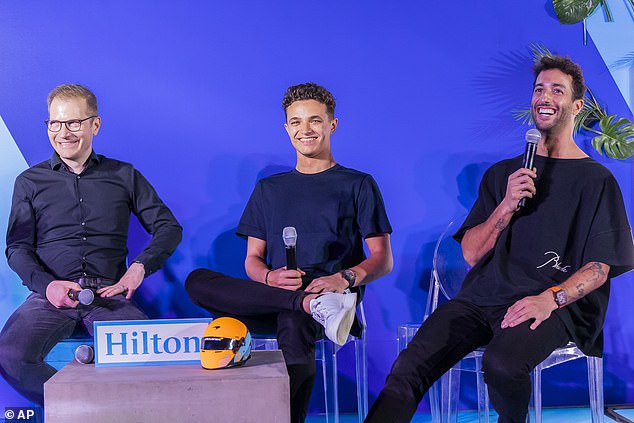 The McLaren duo revealed they party as hard as they drive while spilling stories of their wild times at hotels.

‘I mean, I didn’t merely trash the room, I trashed the whole floor,’ Ricciardo told the New York Post.

Norris, who finished sixth in the 2021 F1 driver standings, said his 2019 debut season was one to remember when the McLaren team took over a whole Hilton hotel floor for a celebration. 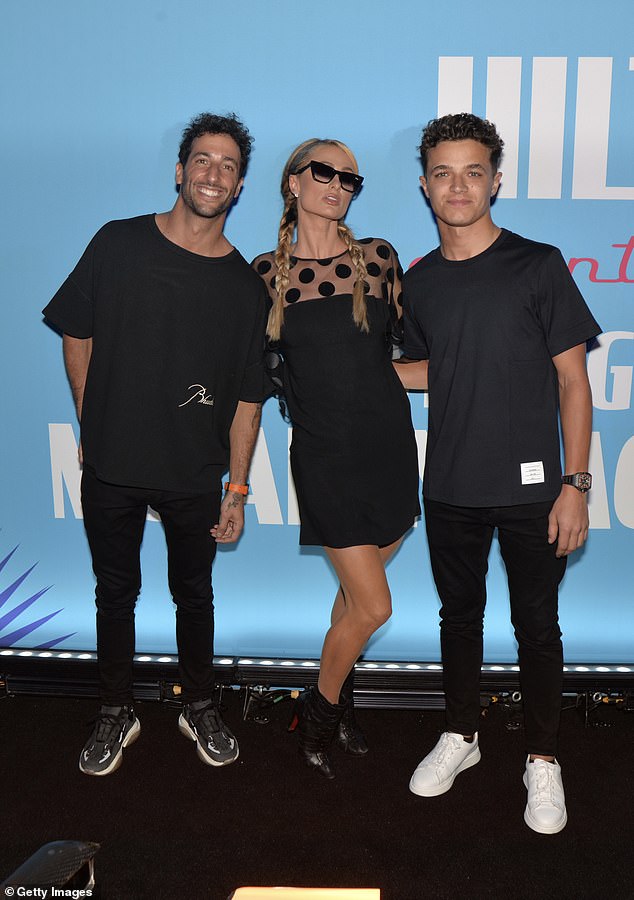 Ricciardo (left) is pictured with Paris Hilton (middle) and teammate Lance Norris (right) at the Hilton x McLaren party bash, where Hilton was the DJ

‘We got kicked out of the pool. We were being naughty in the pool and everyone, not just me, got kicked out … we went up to the rooms and had a nice party,’ Norris said.

‘I apologise if there were any disturbed people … it was good fun.’

Ricciardo thanked Hilton for their loyalty to McLaren, with the hotel chain putting the team’s drivers up since 2005.

The eight-time grand prix winner recently told ESPN that his time in F1 was running out. He’s currently the fourth-oldest driver in the pack behind Fernando Alonso, Lewis Hamilton and Sebastian Vettel. 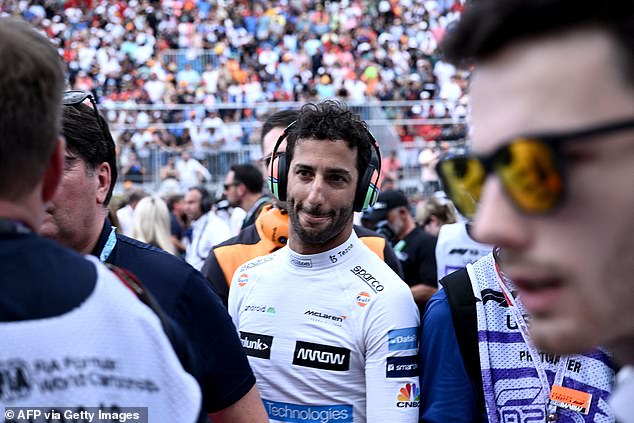 Ricciard  is pictured on the grid at the International Autodrome in Florida just ahead of the Miami Grand Prix, where he finished 11th

‘I’m definitely on the second part of it [career]. I couldn’t tell you now if it’s three years, five years, whatever, but I’m aware that I can’t see myself doing this at 40,’ Ricciardo said.

This season, Ricciardo’s highest finish has been sixth at the Australian Grand Prix back in April.

He currently sits 11th on the driver standings with 11 points, 24 behind Norris.

The Australian’s contract expires in 2024 and there’s speculation he could be replaced by recently signed 22-year-old American, Colton Herta. 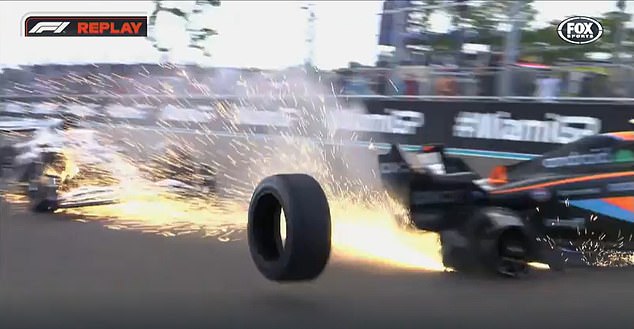 McLaren driver Lando Norris’ right-rear tyre is torn off the rim after Pierre Gasly made contact with his car, forcing him out of the race

Herta is the youngest person to ever win an IndyCar race, America’s highest class of motor sport.

Ricciardo placed 11th in the Miami Grand Prix, while teammate Lando Norris only completed 39 laps and was forced out of the race when his right-rear tyre was ripped off the rim in contact with Pierre Gasly.