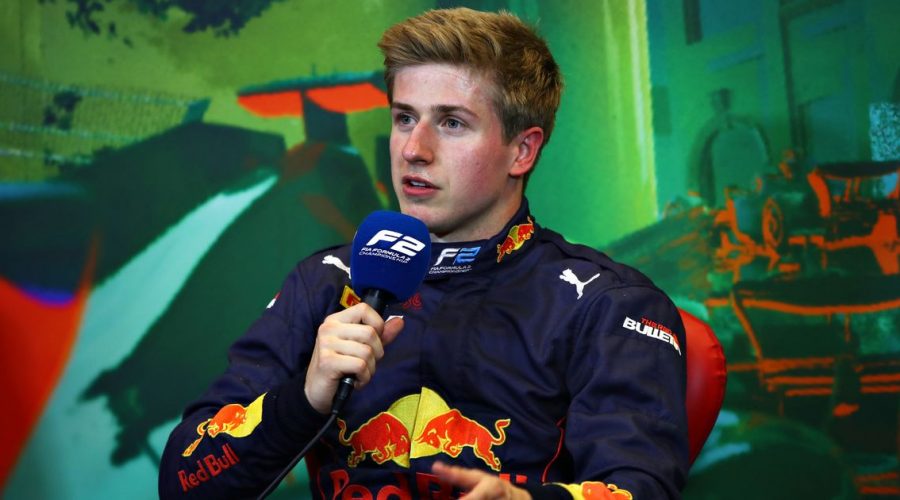 Red Bull have suspended junior driver Juri Vips after he used a racial slur during a gaming live stream.

Vips, who is racing for Hitech Grand Prix in Formula 2 this season, appeared to say the n-word on streaming platform Twitch on Tuesday (June 21). The 21-year-old has been placed under investigation.

In a statement, the Formula One team confirmed: “Red Bull Racing has suspended junior driver Juri Vips from all team duties with immediate effect, pending a full investigation into the incident. As an organisation we condemn abuse of any kind and have a zero-tolerance policy to racist language or behaviour within our organisation.”

READ MORE: F1 drivers were told to ‘sit on their wallets’ if they complained about bouncing cars

Vips is a member of the Red Bull young driver programme and a test driver for the team. He made his F1 race weekend debut at the Spanish Grand Prix last month, driving for them in FP1.

The Estonian issued an apology on his Instagram account, writing: “I wish to unreservedly apologise for the offensive language used during a live gaming stream earlier today.

"This language is entirely unacceptable and does not portray the values and principles that I hold. I deeply regret my actions and this is not the example I with to set. I will cooperate with the investigation fully."

Vips joined Red Bull in 2018. He finished third in the following year's F3 championship and is now in his third season as an F2 driver, currently sitting seventh in the standings with 51 points after the first six rounds.

Alongside those commitments, he has also worked as a test driver for both Red Bull and Alpha Tauri, which has included simulator work for both teams.