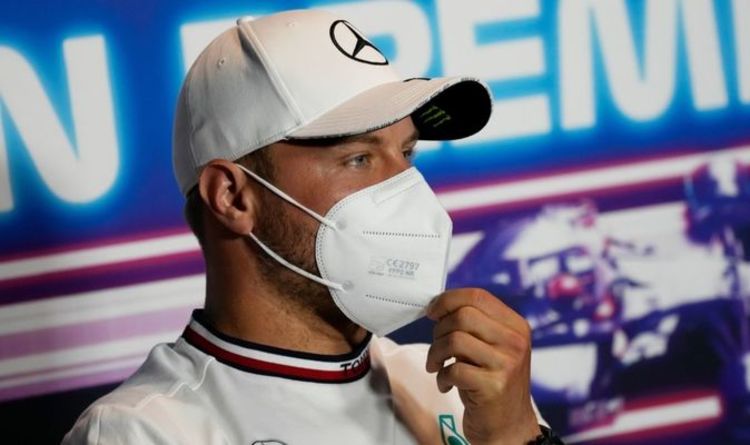 Valtteri Bottas has taken a new power unit ahead of the Italian Grand Prix and will now start from the back of the grid, regardless of where he finishes during sprint qualifying, in a “strategic” move from Mercedes

Both Mercedes drivers have used up their penalty-free allocation of power unit components for the season, with the team still pondering if Lewis Hamilton will also take a new engine ahead of the race.

It comes after one of Hamilton’s engines failed during practice ahead of the Dutch Grand Prix, yet rival Max Verstappen is also in line for a penalty this season thanks to the first-lap collision at Silverstone during the British Grand Prix.

Bottas is no longer in contention for the driver title anymore, but the Finn often plays an important role in protecting Hamilton from a Red Bull attack, with the Briton currently sitting three points behind Verstappen in the fight.

Mercedes boss Toto Wolff did admit “there are thoughts” on if they risk a penalty for Hamilton this weekend for any implementation of a brand new element.

JUST IN:
Lewis Hamilton could face engine penalty ahead of Italian Grand Prix

“I think we are all struggling on power units,” Wolff said, speaking to Sky Sports F1. “Maybe not only reliability but also how these power units work hard and how they’re degrading.

“There are thoughts, definitely, for this weekend but we haven’t come to a conclusion yet.”

Hamilton topped the first session ahead of Friday’s qualifying session, beating Verstappen by almost half a second at the Mercedes favoured track.

“I am quite pleased [with the pace],” Wolff continued.

“As it seems we only saw one lap really turned up with the engine and that was Perez pretty early on in the session so I think they probably have three, three and a half tenths in the pocket with the power unit but then we have a tyre difference.

“I am actually pretty pleased but you know how it goes, you’re all jolly and then three hours later you get one on the nose.”

Last time out at the Dutch Grand Prix, Verstappen’s team-mate Sergio Perez took on a new power unit after qualifying, forcing him to start from the pit lane.

Mercedes have a strong track record at the Autodromo Nazionale di Monza, with Hamilton racking up five wins alone at the circuit, with four of the wins coming in the current turbo-hybrid era in Formula One. However, he has not won in Italy since 2018.

Verstappen meanwhile has never finished higher than fifth at the circuit, and last year failed to finish the race after abandoning his car in the pit lane on lap 31 after a series of technical problems that plagued him from the start, in a jumbled up race won by Pierre Gasly in an AlphaTauri.

The championship leader, who has won the last two races, raised concerns about the strength of the Silver Arrows heading into the weekend.

“I expect Monza to suit Mercedes as it hasn’t been our best track for the last few years but this year we are more competitive so you never know.

“If we continue what we have been doing, working well together as a team, and nail every little detail then we can be competitive but Mercedes might have a top-speed advantage on us.”

September 10, 2021 F1 Comments Off on Red Bull handed advantage ahead of Italian GP as Valtteri Bottas demoted to back of grid
NFL News