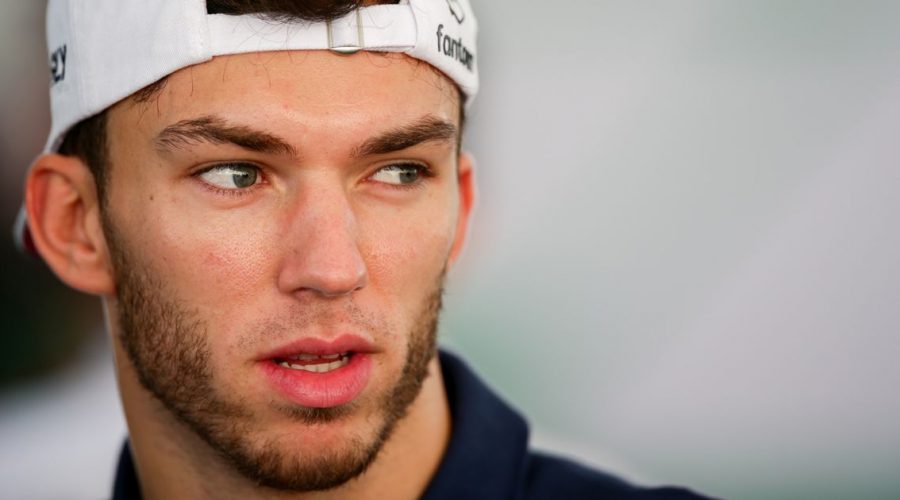 Pierre Gasly admits he is baffled as to why he has not been given a second chance to impress at Red Bull after a string of excellent performances with the sister team.

The Frenchman's first shot alongside Max Verstappen was a disaster, as he struggled to cope with the pressure which came with racing for a team with high expectations.

But since returning to AlphaTauri he has looked once again like the racer who impressed enough to be given that shot in a Red Bull in the first place.

He shocked the grid by winning the race at Monza in 2020, and has stood on the podium twice more since he was replaced by Christian Horner.

Gasly scored 110 of the team's 142 points in 2021 – a record total for both himself and AlphaTauri – to prove himself one of the strongest racers on the grid.

But still he must wait to find out if he will ever be given a second chance at Red Bull, after the team chose to retain Sergio Perez to race alongside Verstappen for another season.

Gasly says he does not feel he has outgrown AlphaTauri, but says he cannot understand why he was not favoured over Perez when decision time came for the Red Bull hierarchy.

"My desire, my will to fight for World Championships is very strong. I’m in Formula 1 to fight at the top. That motivates me to keep improving," the 25-year-old told Auto Motor und Sport.

"I won't lie, it's hard to deliver a season like that. And then when I compare myself to those who got the opportunity for a Red Bull seat, it's disappointing.

"Based on the numbers and results, I have delivered a better performance than anyone else in this team.

"But at the end of the day, I don't get the recognition and reward for that. That's hard to swallow. It disappoints me, of course."

Gasly went on to say he will continue to give everything he can to keep impressing in the hope he will give the powers-that-be at Red Bull no choice but to take him back.

"I know what I want to achieve in this sport. I want to fight at the top. That hasn't changed," the Frenchman added.

"Next year it won’t be that far yet, but that doesn't mean if it's not there in 2022 it won't happen in 2023. I continue to give full throttle and believe in myself.

"I hope the AlphaTauri will be as good as it was this season, despite the change in regulations."

January 7, 2022 F1 Comments Off on Pierre Gasly frustrated by ‘lack of recognition and reward’ since Red Bull snub
NFL News