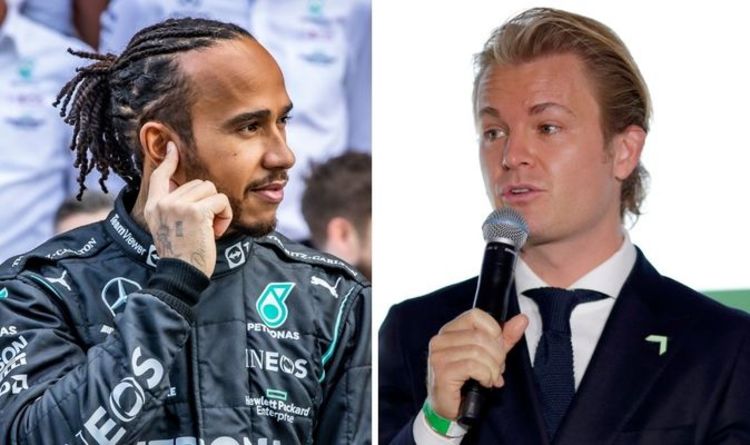 Nico Rosberg tells of his willingness to befriend Lewis Hamilton

Nico Rosberg has admitted that he got a call from Mercedes to step in for Lewis Hamilton during the 2020 Sakhir Grand Prix but ultimately turned it down. Mercedes were looking to bring in a replacement for Hamilton after the British racing superstar tested positive for Covid.

George Russell eventually took the seat and impressed the entire weekend, being denied a special win by a botched pit-stop.

That performance from Russell seemingly was enough to convince Mercedes that the young Brit had the capability to step up for the upcoming season.

Russell has replaced Valtteri Bottas for the 2022 campaign, although there are still uncertainties over Hamilton’s future in the sport.

The 37-year-old has been silent on social media ever since the dramatic finale to last season at the Abu Dhabi where he was denied an eighth world title in heartbreaking fashion.

There have since been suggestions that Hamilton could walk away for good or even take a sabbatical.

It’s the first time Mercedes have changed their driver line-up since Bottas took Rosberg’s seat in 2017.

The German driver made the surprise decision to retire from F1 after winning the 2016 World Championship.

But Rosberg has admitted that he was sensationally offered the chance to drive in Hamilton’s car at the Sakhir Grand Prix.

“I thought about it,” Rosberg told Antenne Bayern.

However, Rosberg went on to admit that he didn’t feel comfortable stepping into an F1 car after so many years away.

“I certainly don’t have a chance to race more than three laps,” he added.

“My arms would stop working and my neck would fall between my legs.

“I don’t have those muscles anymore.”

There will be big changes to F1 cars for the 2022 season with sport officials hoping the alterations on the vehicles will encourage closer racing.

At the start of the year, Mercedes teased an image of what their 2022 design will look like.

It’s already been confirmed that Mercedes will revert back to their traditional silver livery this season.

And fans will likely get their first look at the car next month when all teams are expected to unveil their new liveries.