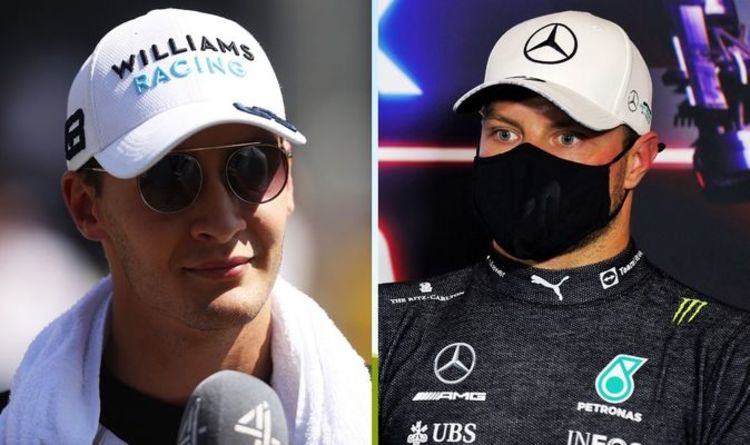 Lewis Hamilton’s former team-mate Nico Rosberg says he was reminded of Barcelona 2016, as he watched Hamilton and Verstappen go wheel-to-wheel for the lead of the British Grand Prix, before the pair tangled – catapulting the championship leader into the tyre wall on the opening lap.

However, the 2016 world champion has branded it the “battle of the generation” as Hamilton looks to secure his name in the records books with an eighth world title.

The two title contenders came together after a ferocious battle on the opening lap of the Grand Prix that ultimately ended in tears for Verstappen, who was speared off into the tyre barrier after contact with Hamilton at Turn Nine.

The Red Bull driver was able to extract himself from the car and walk away, however appeared visibly winded after the 51G shunt, and was subsequently transferred for further checks at a local hospital, before being discharged later that evening with no major injuries.

Hamilton was deemed to have caused the collision and was handed a ten-second time penalty for his part in the incident, yet still managed to fight back to win the race outright, in front of 140,000 F1 fans at Silverstone.

The crash has caused much controversy since, with Red Bull boss Christian Horner labelling Hamilton a “dirty driver” with their chief advisor Helmut Marko calling for a race ban.

The seven-time world champion was also subjected to racist abuse online after the incident, something many in the paddock, including Red Bull have condemned.

Yet it all looked too familiar for some, and according to Rosberg, the incident was reminiscent of a time he remembers very well when he had a very similar moment with Hamilton back in 2016.

The pair took each other out on the opening lap at the Circuit de Catalunya, with Hamilton running into Rosberg after being squeezed onto the grass as he attempted to pass his team-mate on the run to Turn Four, with both retiring from the race.

The difference though, Rosberg admitted, is the pair aren’t team-mates, and when asked exclusively by Express Sport at Formula E’s launch of the Heineken® Greener Bar if it gave him flashback of Spain 2016, he said: “Absolutely yes because I’ve been there in such a championship battle.

“Wheel-to-wheel racing, and especially also with Lewis, so yes it did, it did remind me a little bit, but I think in my time it was even more complicated because it’s within the same team.

“But I mean it’s for us fans watching F1, especially once we all saw that he was not injured, and from beyond that then it’s just a fantastic battle to follow this, this battle of the generations.

Rosberg and Hamilton had a heated partnership at Mercedes, and the 36-year-old remains the only driver to have ever beaten the seven-time world champion to the title whilst racing for the British-based German team.

The 2016 season was the beginning of the end for the pair, as Rosberg promptly retired as soon as he clinched the title for Mercedes.

He was replaced by Valtteri Bottas at the team, who is still yet to beat Hamilton over a season.