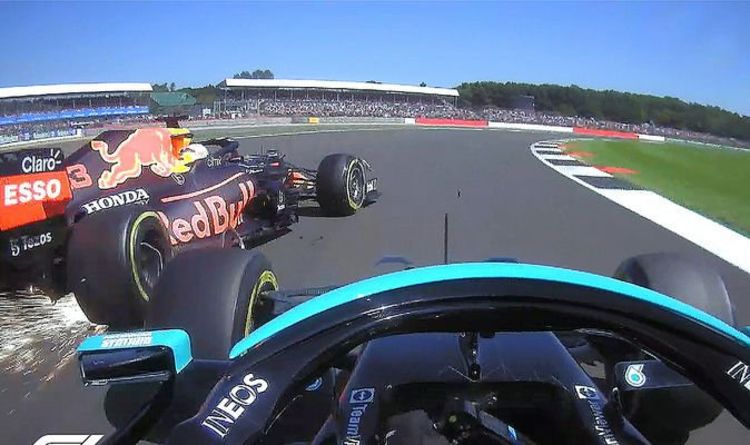 British Grand Prix: A preview lap of the race track

Lewis Hamilton smashed into Max Verstappen inside the opening lap of the British Grand Prix in a devastating crash. The result of the crash between the title challengers prompted a red flag for the race. Footage of the crash shows Hamilton driving at 180mph when he dived down Verstappen’s inside.

The video shows the Mercedes driver clip the rear of his rival’s Red Bull, leading Verstappen to lose control and crash into the barriers.

At the time, Sky Sports commentator Martin Brundle said: “That was a very, very high-speed accident.”

Hamilton could be heard asking if Verstappen was okay following the crash.

He said: “I was fully inside, it was my line, and he turned in on me.”

Fortunately, minutes later, Verstappen emerged from his cockpit but appeared wounded and was taken away in an ambulance.