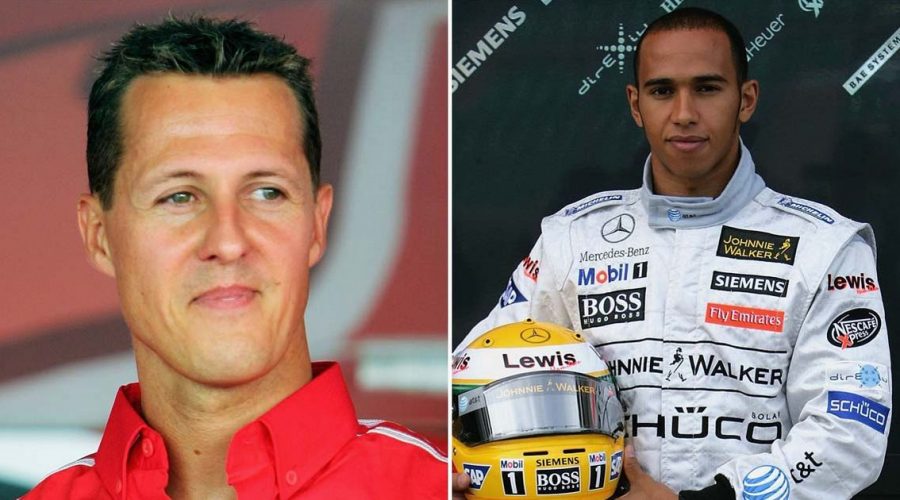 Michael Schumacher is regarded as arguably the greatest driver in F1 history, but he also had an eye for talent, as quotes unearthed from more than 20 years ago testify.

Back in 2001, Schumacher was at the start of his years of domination with Ferrari. Having ended the Italian team’s 21-year wait for a drivers’ title the season before, the German icon was heading for his fourth of seven championship triumphs.

At the time, it was an era of unprecedented domination by one team and driver. But Schumacher also had one eye on the future and which drivers were on a path towards F1 stardom.

One of those drivers was a young Lewis Hamilton, who would go on to match Schumacher’s feat of seven drivers’ titles. In the opinion of many, it should be eight following his controversial defeat to Max Verstappen in 2021.

Back in 2001, a 16-year-old Hamilton was still karting, where one of his rivals, and friends, was future Mercedes teammate Nico Rosberg. And on one special occasion, Schumacher made a one-off return to a karting event, sharing the track with Hamilton and Rosberg. While Hamilton still hadn’t competed in a single-seater car, Schumacher had seen enough, predicting great things for the Stevenage youngster.

Schumacher’s quote about Hamilton from that year has recently been re-shared on social media.

“He’s a quality driver, very strong and only 16,” said Schumacher at the time. “If he keeps this up I’m sure he will reach F1. It’s something special to see a kid of his age out on the circuit. He’s clearly got the right racing mentality.”

Who is the greatest F1 driver of all time? Tell us in the comments section below

Schumacher proved to be 100 per cent correct as, six years later, Hamilton made a breath-taking F1 debut, almost winning the championship in his first season before eventually getting over the line with McLaren in 2008.

Schumacher’s condition remains a closely-guarded secret following his devastating skiing accident almost 10 years ago, but he remains in the thoughts of the F1 fraternity, with messages of support pouring in earlier this month on his 54th birthday.

His son, Mick, will be a stablemate of Hamilton’s this season after joining Mercedes as a reserve driver following his departure from Haas.