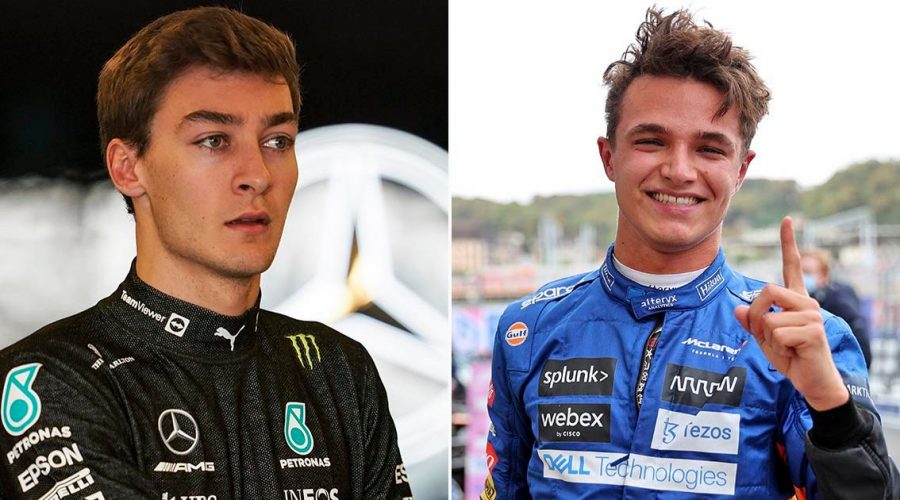 Mercedes picked George Russell to replace Valtteri Bottas for the 2022 Formula One World Championship season – but might have made a mistake in not going for Lando Norris instead.

Despite being crowned Constructors' Champions for an eighth year in a row, Toto Wolff and his team were left with a bad taste after Max Verstappen secured the Drivers' Championship ahead of Lewis Hamilton.

With Bottas now moving on to join Alfa Romeo Racing, Russell was announced as his replacement back in September after filling in for Hamilton at the 2020 Sakhir Grand Prix.

Russell, 23, has since been compared to fellow Brit Norris, 22, who won 160 points with McLaren, with former F1 driver Jolyon Palmer saying that Mercedes may have made a mistake.

Palmer said on the Chequered Flag podcast when asked to compare the two: "I'm going with Lando. The way that he held off Lewis Hamilton at the end of that Sochi race until the strategy and the tyre choice got away from him, was unbelievable.

"For a guy that has never won a race, to have a seven-time World Champion breathing down his neck in a Mercedes…

"Then it starts raining, and he's still off the road a couple of times, scrabbling around, but keeping Hamilton, we all know how good he is in the wet, behind him. It was really legendary stuff I think from Norris."

Have Mercedes made a mistake? Tell us in the comments section

Those views came after Norris detailed his dedication to the cause at McLaren, saying that he will go for a world title with his current team.

He wrote: "My goal is to win races and world championships and over the last three years McLaren have shown me that they’re able to build a car for me to do that in.

"I had my first podium with McLaren and I’ll have my first win with McLaren. Let's continue what we started."