Mercedes have sent Lance Stroll a classy message following his success in qualifying for Sunday’s Turkish Grand Prix. The Racing Point ace finished in pole position for tomorrow’s race at the Istanbul Park Circuit with a time of 1:47.765.

The Canadian pipped Red Bull’s Max Verstappen to pole position by 0.290 seconds. Mercedes’ Lewis Hamilton, who is on the verge of tying Michael Schumacher’s record for most F1 championships, finished in sixth place.

Hamilton and his Mercedes team-mate Valtteri Bottas struggled for grip on the newly-laid circuit, which was in large part down to the wet conditions.

The conditions were so bad that Hamilton found himself in 20th place in the third and final practice session after managing to set three lap times.

Despite the conditions clearly having a detrimental effect on their drivers’ performances, Mercedes were quick to give Stroll his just dues. 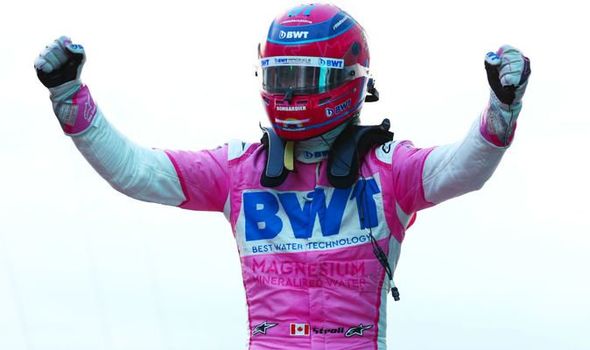 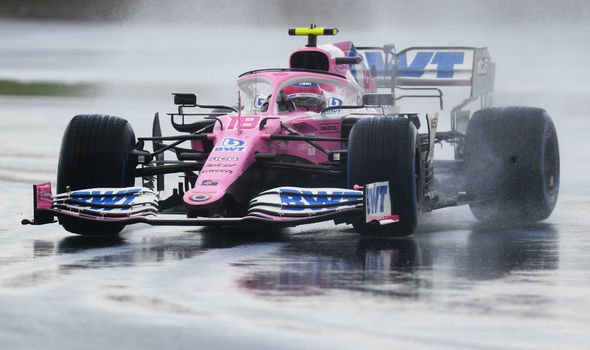 Today belongs to Racing Point F1 Team and Lance Stroll. We’ll be down with a bottle of champagne later. You guys deserve it!”

“You won’t hear any excuses or clever quotes from us today,” Mercedes’ official account tweeted on Saturday afternoon.

“We were absolutely nowhere near pole. Today belongs to Racing Point F1 Team and Lance Stroll.

“We’ll be down with a bottle of champagne later. You guys deserve it!”

Although he missed out on pole position, Hamilton, 35, was more than happy with his performance in qualifying.

“Surprise? What’s a surprise?” he asked Sky Sports. “Haven’t you been watching all weekend? I was 20th before [in P3], that’s an improvement!

“There ain’t finding no grip. I’m not really sure what to say. We tried our hardest and did the best we could and that was the fastest we could go.

“I mean the track feels terrible, it’s just like driving on ice. For whatever reason some people can get their tyres switched on better than us.

“I think ultimately we were all struggling out there but some are better than others. 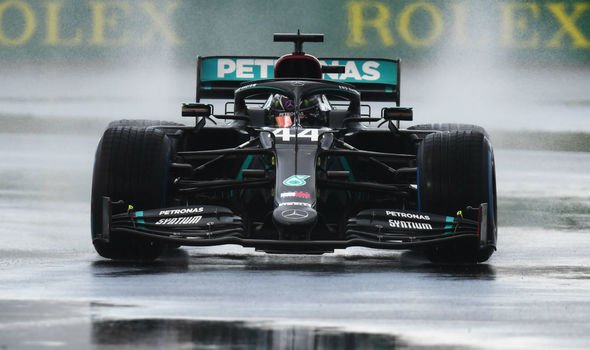 “But I did the best I could, I didn’t spin, I didn’t really make any mistakes so I’m generally happy with what I did. I did everything I could with what I had.”

Bottas shared Hamilton’s sentiment, saying: “We really tried everything we could but in the end when we went for the inter in Q3 we only had two laps and it was never going to be enough to create enough tyre temperature.

“Other teams are doing a better job in that area. If we started on the inters maybe [we would have been able to get up there], but it’s a question mark. I think still, some other cars can create much more tyre temp than our car.”

Tomorrow’s Turkish Grand Prix will get underway at 10:10am.