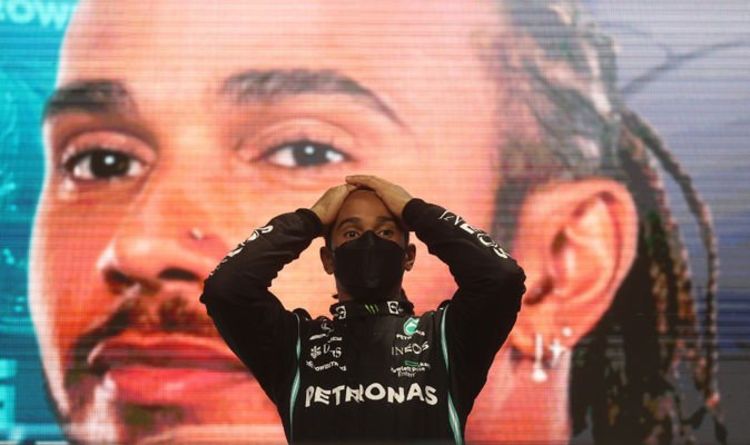 Mercedes chief Toto Wolff has revealed what he believes will give Lewis Hamilton the edge over Max Verstappen as their F1 world title fight goes down to the wire. Just two races remain, and both drivers are separated by only eight points after another dramatic swing in momentum over the past few weeks.

Back-to-back wins for Verstappen in the US and Mexico looked to have given the Red Bull star the cushion he needed to put one hand on the trophy.

But his hunt for a maiden title has been stalled once again by the man who would much prefer it if this season marked his eighth world crown.

Hamilton responded to a five-place grid penalty for an engine change and disqualification from qualifying to win in Brazil, before scooping the victory at the inaugural Qatar Grand Prix.

Those wins mean he is back within touching distance of his much younger rival, and another success next time out in Saudi Arabia would set up a grandstand finish on the final day.

JUST IN: Norris and Russell give contrasting answers on Pirelli tyres

Team principal Wolff believes the fact they have saved one of Hamilton’s strongest engines for these final two races gives him a good chance of being on top by the time the chequered flag is waved in Abu Dhabi on December 12.

“The rocket is coming back now,” Wolff confirmed on Sunday. “We have saved it for the last two races.

“If both of them get through Saudi Arabia, hopefully with our car at the front, then the last race will be about who wins there.

“He will then win the championship.”

A hat-trick of successes for Hamilton next time out in Jeddah would set up the sort of finale neutral fans have been praying for ever since it became clear that these two heavyweights would be the ones slugging it out for the title.

They could even conceivably head into the Abu Dhabi decider on exactly the same number of points, if Hamilton and Verstappen were to finish first and second respectively in Saudi Arabia and the former took the extra point for the fastest lap of the race.

Hamilton cites an increased understanding of the car as one of the reasons for his upturn in fortunes.

“As the year’s gone on, we’ve understood the car more, we’ve definitely been able to squeeze more performance out of the package without bringing any upgrades,” he said.

“We’ve not had an upgrade since Silverstone, so it’s quite phenomenal to see the increments that we’ve been improving.

“It’s very close between the two cars, clearly, so I think that lines us up for a great battle.

“But in these last two, I think we’ve just been able to do a better job overall.”

Meanwhile, Wolff believes his title-chasing star has been at the very top of his game in the last two races, and that the qualifying disqualification at Interlagos “woke the lion”.

“[Lewis] is totally in the zone,” he said after the win in Qatar. “The lion has been woken up. [Red Bull] woke the lion at Interlagos last week.”