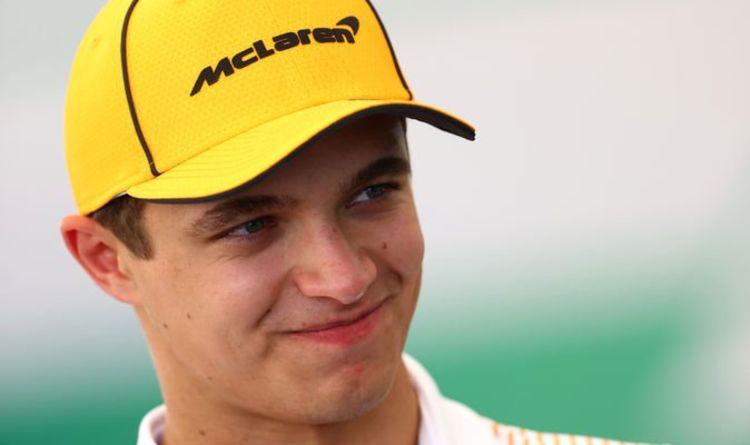 Lando Norris proved more than ever in the 2021 season that he has the talent and drive to achieve what he has been tipped to do in F1, according to his team boss. McLaren chief Zak Brown feels the young Briton “validated” himself well last year, and is looking forward to what else he can achieve going forwards.

The 2021 season was his third in the sport, and was comfortably his most successful to date.

The previous years was a great one for McLaren, who snatched third in the constructors’ championship thanks to the performances of Norris and then team-mate Carlos Sainz.

But the 97 points Norris scored that year was eclipsed by the 160 he earned last year, and he also had four podiums to show for his efforts.

All that by the still tender age of 22 is an indicator that he has the talent to achieve great things in F1 in the years to come.

Norris formed a strong partnership with Daniel Ricciardo in 2021, though the Briton outshone his far more experienced partner in terms of results over the course of the year.

Brown believes it is those performances against someone who has plenty of experience of winning races and running at the front that prove Norris is on the right trajectory.

“That was one of the appeals of getting Daniel in the car. Winning multiple Grand Prix gives you a bit of a benchmark and that demonstrates how good Lando is.

“That is not a surprise to us but you want that validation.

“We now have two drivers capable of winning Grand Prix, one that has done it and one that will no doubt do it.

“And I don’t think you have to have a world champion in the car. I think what you need to have are two drivers that you think are capable of being world champions and I am very confident we have that.”

DON’T MISS:
Fernando Alonso has mistake pointed out that helped Verstappen
McLaren have Daniel Ricciardo expectation for 2022 season
Mercedes told they should have picked Norris over Russell for 2022

Despite his longer connection with the team, Norris was beaten by Ricciardo in the race to secure a first race win with McLaren.

It came at Monza, where the team enjoyed its best Grand Prix in many years when it completed a one-two with Ricciardo winning and Norris close behind.

Incredibly, it was the only one-two of the season – a stat no doubt helped by Lewis Hamilton and Max Verstappen regularly being miles faster than anyone else on the track.

But even though Norris is still waiting for that maiden P1, there is little doubt that it will come sooner or later for such a talented racer.

“I think there are a few people who you can point at and say: ‘These guys have got what it takes’,” he told Express Sport.

“[Norris is] just a cut above, able to sail through difficulties. Both George and Lando are great racers, really good at when it comes to getting stuck into the race, and the qualifying pace is there too.

“Running at the front is about other things, and not allowing them to interfere with your talent. That’s another challenge, but they both seem really smart kids and I’m sure they will be able to cope.”