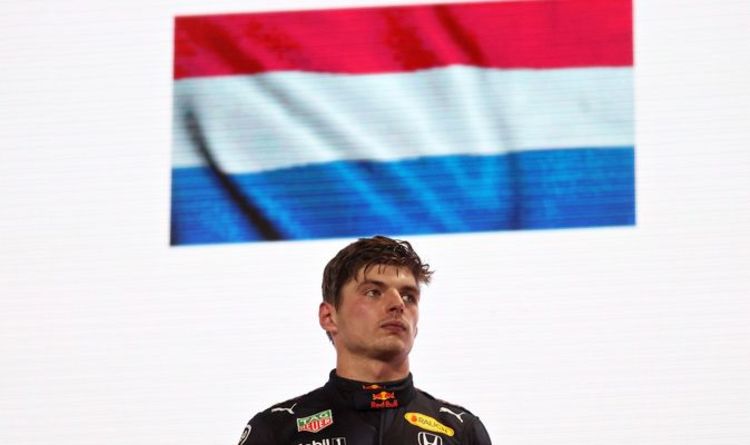 Max Verstappen has taken a swipe at the FIA after receiving a five-place grid penalty at the Qatar GP. The Dutchman began the race in 7th, but recovered well to finish second and limit the damage after title rival Lewis Hamilton coasted to his second consecutive win.

The seven-time champion has reduced the gap in the driver’s standings to the Red Bull racer to just eight points with two races to go in what has been such an entertaining season.

On Saturday, Verstappen had his final qualifying lap compromised when Pierre Gasly slowed to a stop on the main straight.

Yellow flags were waved as cars crossed the line to finish their final lap, with the 24-year-old deemed to have ignored the warning signs.

Following Qatar’s inaugural Grand Prix, Verstappen was asked if he was unhappy about the five-place grid penalty.

“No surprises there, I knew I never get presents from them … when I knew I was starting [in position] seven, I was just motivated to move ahead … I was determined to keep the gap small the whole race, which we did,” he explained.

JUST IN: Max Verstappen breaks silence on FIA sanction after losing out to Lewis Hamilton in Qatar

“We just need to try and stay focused, there are a two races to go, and a lot of things can happen, even in qualifying.”

Following the race, it was announced that Red Bull team principal Christian Horner had been summoned to the stewards for a breach of the international sporting code.

Asked for his thoughts, Verstappen gave a clear and blunt response, which was: “I don’t even know what it’s about, so no clue … Racing is not complicated … there’s a break pedal, an accelerator and a steering wheel.”

The championship leader escaped punishment for his role in an incident with Hamilton at the Sao Paulo GP last weekend.

The pair nearly collided after Verstappen failed to make the corner when heading towards Turn 4 on lap 48.

With Hamilton on the outside and the Dutchamn failing to negotiate the corner correctly, forcing the seven-time world champion off the track to avoid a collision.

Mercedes claim Red Bull “woke the Lion” inside Hamilton at the Interlagos circuit and the Brit is very pleased with his performances over the last fortnight.

“But there’s no time for celebration, I’ll be back with the team already again next week and training tomorrow, stay on it, heads down.

“I don’t have too much emotion other than being driven right now, but it’s just amazing to be able to close so many points in the last two races which has been important.

“[Red Bull are] obviously still very fast as you could see today with their fastest lap and both their cars getting past pretty much everyone quite easily. So we’ve still got our work cut out.”

November 21, 2021 F1 Comments Off on Max Verstappen takes dig at FIA after grid penalty – ‘I never get any presents’
NFL News