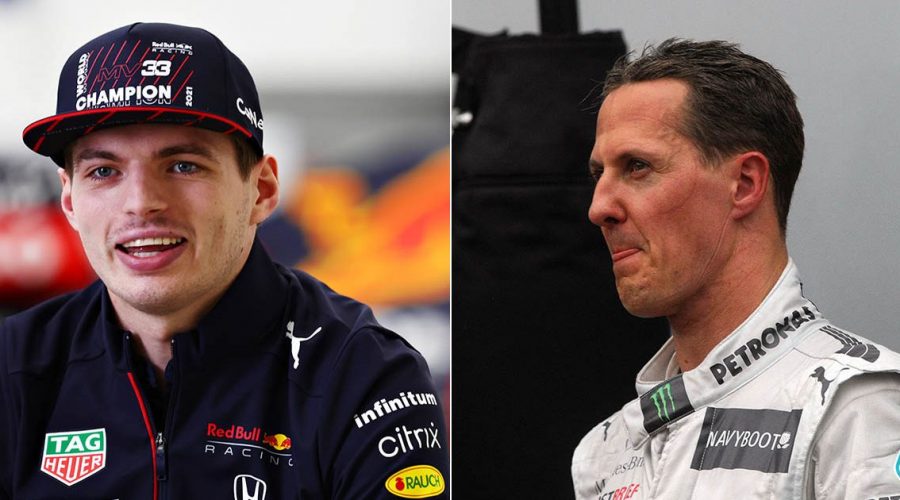 Formula 1 world champion Max Verstappen revealed his time spent with Michael Schumacher on holiday during his youth, referring to the iconic driver as an 'uncle'.

Red Bull star Verstappen secured a maiden world title in dramatic and controversial circumstances at the Abu Dhabi Grand Prix. The Dutchman passed Lewis Hamilton – who had dominated for much of the race and was leading by 11 seconds – on the final lap of the season as a late safety car and tyre change swung momentum in his favour.

The Dutch superstar dramatically denied Hamilton a record-breaking eighth world title that would have seen him surpass Schumacher's tally.

Schumacher won seven world championships during his career, with five titles coming while he was at Ferrari. After retiring from F1 in 2012, Michael suffered a severe brain injury in a skiing accident back in December 2013 where he was immediately placed in a medically induced coma.

The 53-year-old has received medical treatment and rehabilitation privately since September 2014 with health updates few and far between as the family aim to keep the matter private.

But now Verstappen has revealed just what the F1 legend was like back in the day, having spent plenty of time with him on holidays and weekend.

While he young, the Dutchman didn't understand Schumacher was a world champion driver.

"I was three or four years old at the time," Verstappen told F!- Insider.com. "I just knew him as Uncle Michael. He was very nice. He very much was a family man.

"But I never saw him as the record world champion, I wasn't aware of that. You can see that in the old photos and videos that we have at home."

Jos, Max’s father, and Schumacher became friends driving alongside one another for Benetton in 1994. Fellow F1 driver Mick and sister Gina were also friends with Verstappen.

"It was great. I still have positive memories of those weekends today," Verstappen added, remembering how their fathers would take them go-karting. "Michael with Mick or Gina, my father with me.

"In Feuerbach-Hahn, for example. I think the track no longer exists. Then in Ampfing and of course a lot in Kerpen, the home of Michael Schumacher."

Following his horrific skiing accident on the French Alps just over seven years ago, Schumacher was taken to hospital via helicopter in nearby Grenoble before undergoing surgery twice.

The Ferrari icon was immediately placed in a medically induced coma for six months.

Schumacher is now back at his home in Lake Geneva, where he has reportedly received constant care since 2014 from wife Corinna and a specialist team of medical professionals.

January 12, 2022 F1 Comments Off on Max Verstappen on holidays he spent with ‘Uncle’ Michael Schumacher as a child
NFL News