Max Verstappen has dropped a big clue he won’t take any notice if Mercedes or Ferrari come calling by revealing he’s loving life at Red Bull. The 22-year-old committed his long-term future to Red Bull over the winter by putting pen to paper on a contract which will run until the end of the 2023 campaign.

Verstappen is eager to become F1’s youngest ever champion and has put his faith in Red Bull making that happen this season.

The Dutchman was due to begin his title charge at the Australian Grand Prix earlier this month, only for the race to be cancelled due to the coronavirus pandemic.

On the Wednesday before the axed weekend in Melbourne, Verstappen was at a Red Bull promotional event where he raced against team-mate Alexander Albon on modified water cooler scooters.

Verstappen has revealed he’s a fan of the events Red Bull put on away from the track, which he admits allow him to get “a bit crazy”. 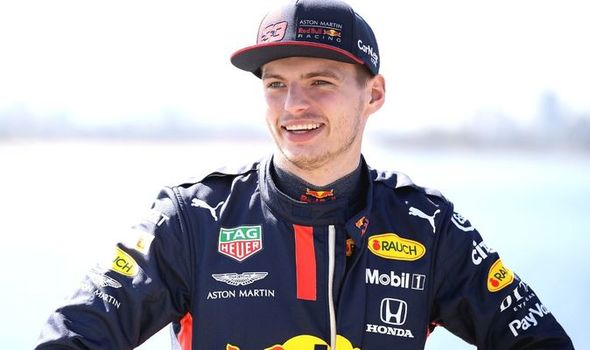 And he’s offered an insight on why he and the team are so well suited as they look to end Mercedes’ dominance of F1.

“Red Bull, in general, it’s daring, it’s cool, it’s a lot of fun,” Verstappen told Mobil 1 The Grid. “So I definitely enjoy that.

“I’m still very young and I think it just fits all perfect. You need to have a bit of fun in life, as well I think.

“Because at the end of the day, of course we are there to perform in F1, you also need to have fun in what you are doing and sometimes be a bit crazy.”

Verstappen has been viewed as an option for Mercedes if they lose Lewis Hamilton thanks to the blistering pace and stunning racecraft he’s shown at Red Bull. 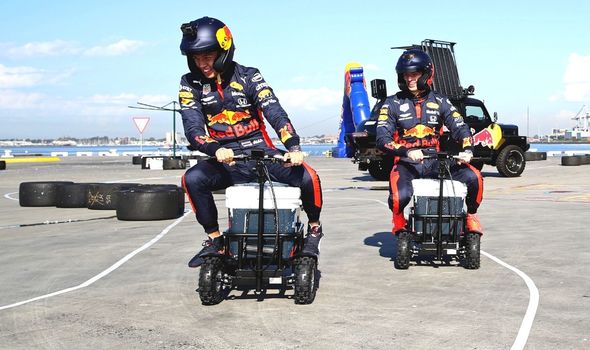 Ferrari have been potential suitors as well, with Sebastian Vettel’s future still up in the air.

The Italians have left the four-time F1 champion waiting on a new contract having tied down young gun Charles Leclerc until 2024 over the winter.

Verstappen and his rivals now face a wait until at least June to get the ball rolling on the 2020 campaign.

The Chinese and Monaco Grands Prix have been cancelled, while the trip to his native Holland has been called off for now.

Races in Bahrain, Vietnam, Spain and Azerbaijan have also been postponed, with June 14’s Canadian Grand Prix now anticipated to be the new start to the season.