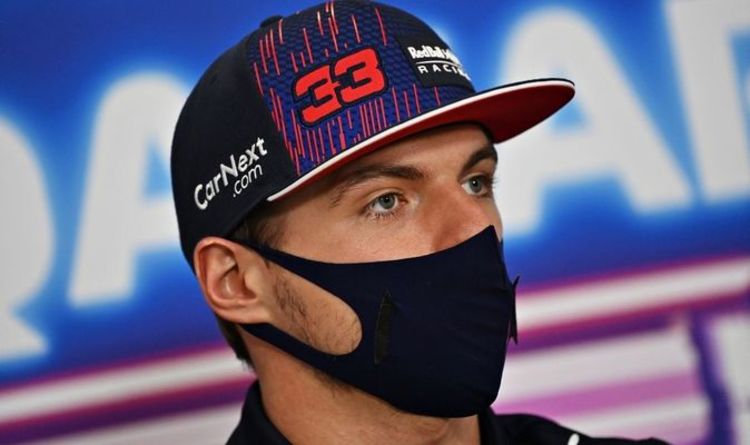 Max Verstappen claims recent action against Red Bull after the Sao Paulo Grand Prix has shown Mercedes’ “true colours” ahead of the Qatar Grand Prix. Mercedes and Red Bull have been embroiled in a fierce battle all season, often locking horns on and off track, with the most recent incident happening at Interlagos.

Due to a DRS (drag reduction system) technical breach, Lewis Hamilton was chucked out of qualifying on Friday, starting from P20 for the sprint race on Saturday.

The seven-time world champion carved his way through the pack to qualify P5 but was relegated to P10 after taking a five-place grid penalty for taking a new engine.

Once again the 36-year-old fought his way through the traffic, eventually finding himself alongside the championship leader, battling for the lead of the race.

But tensions nearly boiled on lap 48, as Verstappen appeared to run Hamilton wide on the exit of Turn 4 while defending hard.

Though the stewards “noted” the incident, they didn’t feel it was worthy of an investigation, a decision that angered Mercedes, despite Hamilton going on to win the race over Verstappen.

Two days after the event, Mercedes requested a right of review of the incident, with a hearing taking place on Thursday evening after claims they had additional onboard footage that was not available at the time to the stewards.

If the stewards accept the right of review, Verstappen could be in line for a penalty ahead of the final three races.

Speaking to the Dutch media ahead of this weekend’s race, Verstappen was asked if he believed Mercedes were going too far.

“Then of course, you can see their true nature coming out,” Verstappen said.

“It’s not my team, of course, so I don’t have to deal with that. But that’s when you show your true colours and show who you really are.

“I think it’s important for us to just concentrate on ourselves and stay focused like we always have been doing.

“So that’s what we will do for the next races as well.”

Hamilton meanwhile added that he “has a different viewpoint now” on the incident after seeing it from new angles.

“I think the reason at the time I would say [what I said] is that’s the mentality you have to take,” Hamilton said, speaking during the press conference on Thursday in Doha.

“If you sit in the car at the moment and complain it will only hold you back, so in the moment I just had to keep moving forwards and also it’s difficult to judge on something that you’ve not seen all the angles.

“I re-looked at it and I have a different viewpoint naturally now, but I’m just putting all my energy into setting up the car and making sure that I’m in the right headspace this weekend, so I’ve not really given anything to it.”