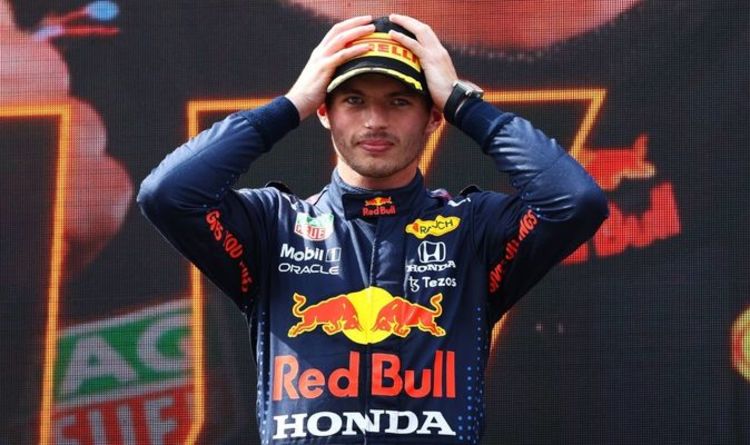 Fernando Alonso has revealed Max Verstappen’s ‘charisma’ kept him watching Formula One last season during his two-year break from the championship.

The two-time world champion took two years away from the sport in 2019-20 as he attempted the triple crown by winning the Indy 500, after victories in both the Monaco Grand Prix and the 24 Hours of Le Mans.

Alonso returned at the start of the season, with the newly named Alpine team, alongside Estaban Ocon and currently sits 11th in the driver standings.

But in his time away from the championship, Alonso admitted it was moments like the 70th Anniversary Grand Prix at Silverstone last year, where Verstappen stormed to victory, was the reason he kept tuning in.

“Last year, when I wasn’t racing, when I put the TV on, I put it on a little bit to see what Max was doing in that race because he was the only one who was going to do something,” said Alonso during an interview with Soymotor.com.

JUST IN:
Max Verstappen explains how much he talks to Lewis Hamilton off track

“You knew [Valtteri] Bottas wasn’t going to upset [Lewis] Hamilton and you knew Hamilton would win if nothing weird happened.

“You need something extra. It’s not only about victories because Verstappen is in fact not yet world champion.

“But he can colour an entire circuit. Even last year, when I was not racing, when I put on the television it was a little to just see what Max was doing.

“But…wow, Verstappen. Whether he starts on the front row, whether the car is going well…the charisma factor or whatever I think is important as well.”

Alonso, who won the title in 2005 and 2006, had a huge following at his peak, with grandstands kitted out in blue to support the Spaniard.

However now, a sea of orange follows Formula One, with 33 placed on their t-shirts in support of Max Verstappen.

And the 39-year-old admitted it was a joy to see the fans excited for the 23-year-old.

“I don’t think about that. I see it with admiration and I enjoy the moment, to see all those people so excited, in this case for Verstappen, but with the fortune of having also experienced it in the first person and that there would be that blue tide for so many years and that it was for us, for Renault and for me. who said this?

“I do not see it with envy, I see it with admiration for them and also knowing that there were few of us who had a whole circuit.”