Lewis Hamilton is set for Mercedes contract talks this week after wrapping up his record-equalling seventh drivers’ championship. Hamilton’s future is still not certain with the team despite another remarkable season.

Hamilton, who joined Mercedes from McLaren back in 2013, is out of contract at the end of the current season.

There are still three races remaining with plenty of time to get a new deal done – and Mercedes team boss Toto Wolff has now suggested talks are set to get underway this week now celebrations have died down.

“Flying back from a seventh drivers’ championship, you can’t talk about a contract. It wouldn’t do justice to the achievement,” Wolff told BBC Sport.

JUST IN: Lewis Hamilton ‘right above Wiggins and Murray’ in knighthood row 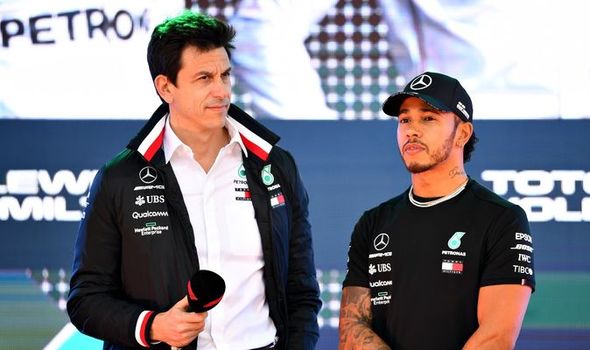 “We’re going to give it a few days then we are going to talk about it.

“Our relationship is much beyond business, it is one of friendship, one of trust.

“This one day of negotiations is something we don’t enjoy as it’s the only time where we are not having shared objectives. The best deal is one where both parties walk off not completely satisfied.”

Hamilton recently sent a clear message to Wolff as he declared he was “sure” a deal will get done.

“I just always think through the year, just that I’ve got a job to do, I’ve got a contract in place, I don’t feel like I should add pressure,” he explained.

“I wanted to put it aside and wait until the job is done. So, probably over these next weeks – we’ve got three weeks in the Middle East – now it’s a bit more chilled, but I still have three races ahead of me that I want to win.

The coronavirus pandemic initially complicated talks with personal contact limited to prevent the spread of the virus and any chances of derailing their title bid.

“It’s a bizarre situation because we’ve been talking about it for a while, we’ve really just got to find a day where we sit down,” said Wolff. 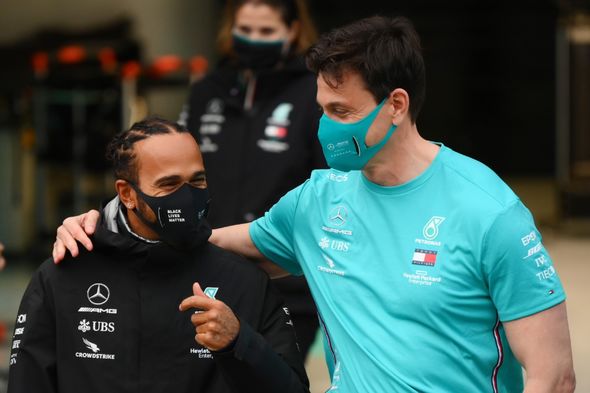 Hamilton’s role in keeping Mercedes at the top of the sport has been praised by former rival Mark Webber.

”Everyone wants to work with Lewis,” Webber said. “The staff retention at Mercedes is phenomenal because they want to be involved with success and the amount of victories that he keeps racking up.

“It’s not easy to have that type of continuity in our sport because there’s a tremendous amount of headhunting that goes on and people move around teams but the dominance that Mercedes have had is unprecedented as well, the amount of Constructors’ Championships they’ve won on the bounce as the team.

“But with Lewis, he is an absolute step above when it comes to his driving, his consistency, he’s fearless on track, that is the big one for me, the style that he has on track in whatever circumstances.”