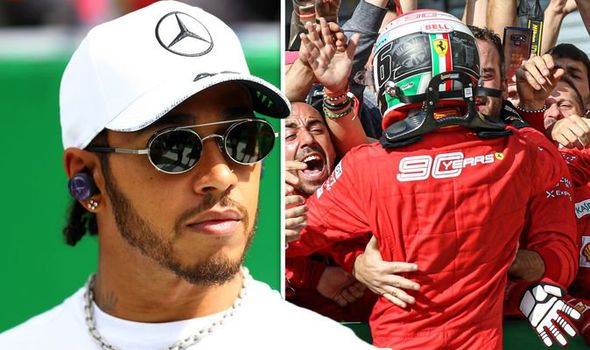 Lewis Hamilton has spoken out about the booing he received from spectators at the Italian Grand Prix on Sunday.

The Englishman could only manage a third-placed finish at Monza, as the home support backed Ferrari’s Charles Leclerc to top spot on the podium.

The Italian fans were desperate to see the famous red team win at the track for the first time since 2010, and were rewarded as the 21-year-old pushed Valtteri Bottas into second.

Hamilton has now spoken out on the reaction he got from the attendees and remained positive about the “beautiful” country.

He wrote on Instagram: “Italy, wow, your energy today could be heard across the world and for that I admire you so much.

“The passion you show is really special.

“The booing isn’t so pleasant but it’s ok, I can take it.

“I hope that over time things change and we no longer see booing in such a beautiful country. 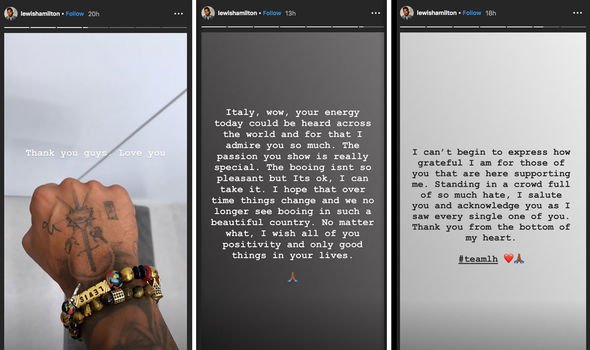 “No matter what, I wish all of you positivity and only good things in your lives.”

Just hours before the 34-year-old has thanked his own fans for their support, and praised them for stating out among the haters.

He said: “I can’t begin to express how grateful I am for those of you that are here supporting me.

“Standing in a crowd full of so much hate. 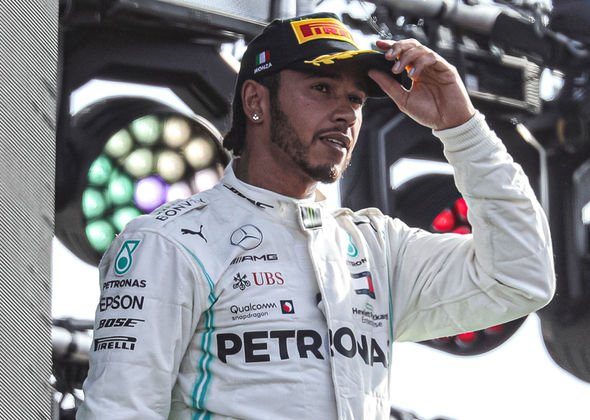 “I salute you and acknowledge you as I saw every single one of you.

“Thank you form the bottom of my heart.”

The five-time world champion still boasts a 63 point lead over Bottas at the top of the drivers’ standings, with Mercedes 154 points above Ferrari in the constructors’ table.

Next up for Hamilton and co. is the Singapore Grand Prix at the Marina Bay Circuit on September 22.