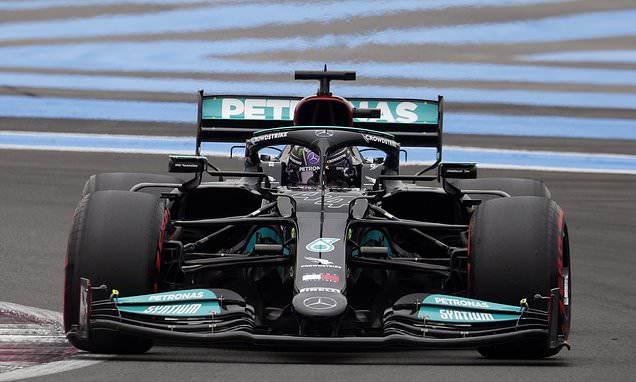 Max Verstappen set an impressive pace in the final practice session for the French Grand Prix as Lewis Hamilton finished only fifth.

Hamilton had held urgent talks with his engineers to work out what was wrong with his Mercedes car, but he still remains some way off his Red Bull rival. 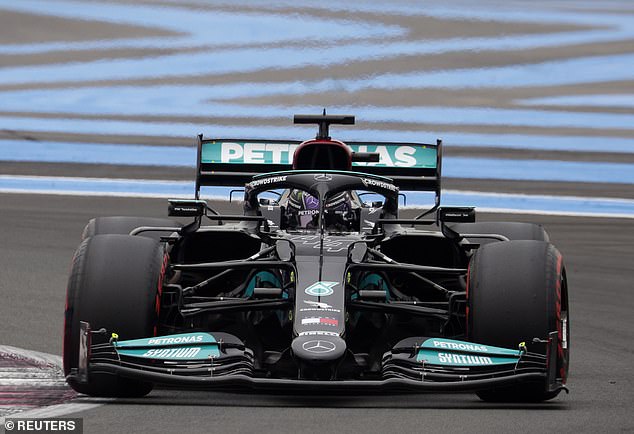 ‘There’s something not right with the car, man,’ complained Hamilton over the radio. When Friday’s driving was over, the search for a quick remedy began ahead of qualifying on Saturday.

On both previous occasions Hamilton has competed in Marseille he took pole and won the race. But in those days he did not have Verstappen in a competitive Red Bull providing stiff opposition.

Hamilton’s mood can hardly have been helped by the fact that his team-mate Valtteri Bottas, who has been short of form and confidence, was sandwiched between Verstappen and himself. 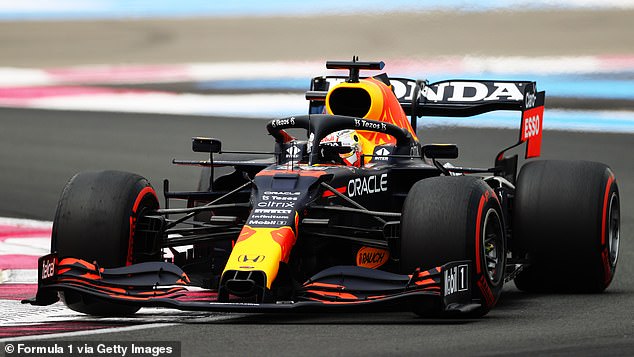 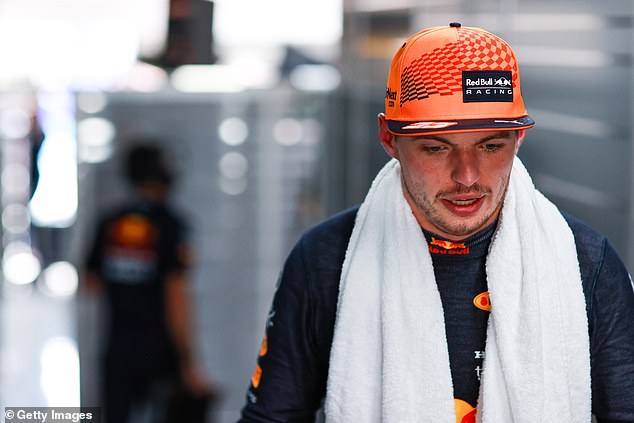 However, recent experience provides encouragement to the Briton. For at the last race in Azerbaijan he was 11th on Friday only for a transformation to put him in contention for a podium finish.

That did not materialise because he then made a mistake in hitting a button on his steering wheel that robbed his brakes of all usefulness.

‘Even though I am in a higher position in practice than in Monaco and Baku, it is quite a struggle this weekend,’ Hamilton admitted on Friday. 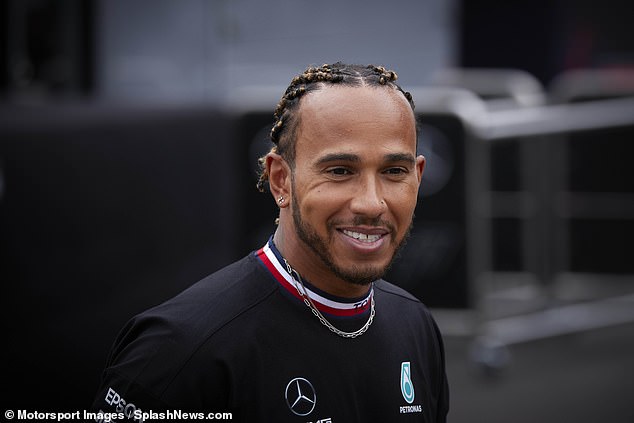 ‘I am not sure if it is the track surface, or the temperature, or these inflated tyres. They have put the pressures up higher than ever before, so it is difficult to say. We are sliding around.

‘I am looking at every option. We have made lots of changes and we will do a lot of analysis tonight in the hope that it will be better tomorrow, but we will not know until then.

‘The times don’t look terrible, and we are close to the front, so we are in the battle. But Red Bull have been leading for a while now so you could have bet they would be quick.’