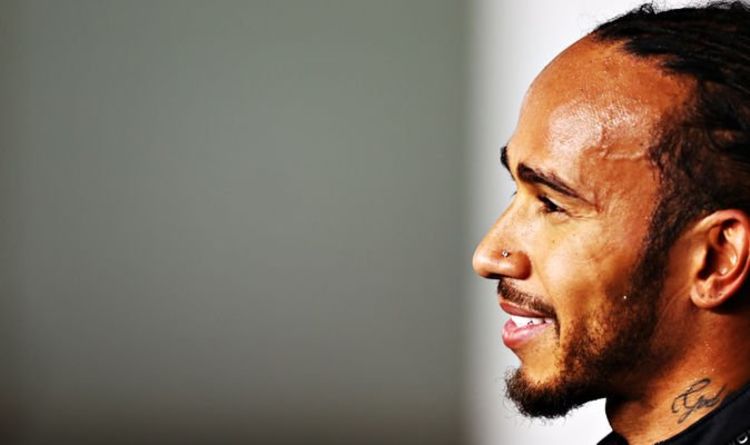 Lewis Hamilton will have a new team-mate next season after Mercedes announced in September that George Russell would replace Valtteri Bottas for the Formula One Constructors’ champions. Russell has been a junior driver for Mercedes since 2017 and is finally set for his big chance to shine in the all-Briton line-up.

The 23-year-old has enjoyed three impressive seasons with Williams, where he has illustrated his prodigious talents time and time again.

And Hamilton admits he has a secret wish to see Russell becoming the next Briton to win the Formula One title.

“There will come a point where I won’t go any further,” Hamilton told Auto-Motor-Und.

“As my team-mate, he’ll be the next Brit I want to see win the Championship.

“We will of course compete against each other and of course I want to win the duel, but I hope that I can also have a positive influence on how he behaves in the team.

“For example, when it comes to spending time with the engineers, how he works his way through the data or how he drives on the track.”

Russell, who won the Formula 2 title in 2018, has impressed in F1 since making his debut at the Australian Grand Prix in 2019.

He has regularly been extolled for his performances and has already raced for Mercedes after he was called up to replace Hamilton at the Sakhir Grand Prix in Bahrain last year when the 36-year-old was struck down by COVID-19.

Mercedes weighed up the option of keeping Bottas but opted for Russell as F1 prepares for its first all-British line-up since Hamilton partnered Jenson Button at McLaren before moving on in 2013.

“As you know, George is a very respectful person,” Hamilton continued.

“He is super-talented and there is already a lot of mutual respect. He will certainly want to be fast and win – all that you want to do for a new role.

“I remember saying before the duel with [Fernando] Alonso that I wanted to beat him directly in the first race.

“I expect George to go about it with the same attitude, otherwise he wouldn’t be a winning guy.”

Hamilton will have his sights set on winning a record eighth title this season title before his attentions turn to 2022.

The Stevenage-born ace is currently eight points behind arch-rival Max Verstappen with two races of the season remaining.

Hamilton fell behind in the race for F1 glory but has clawed back ground in recent weeks after storming to victory in Brazil and Qatar.

And he will now need two big results at Saudi Arabia and Abu Dhabi if he is to leapfrog the Red Bull driver and land the championship.