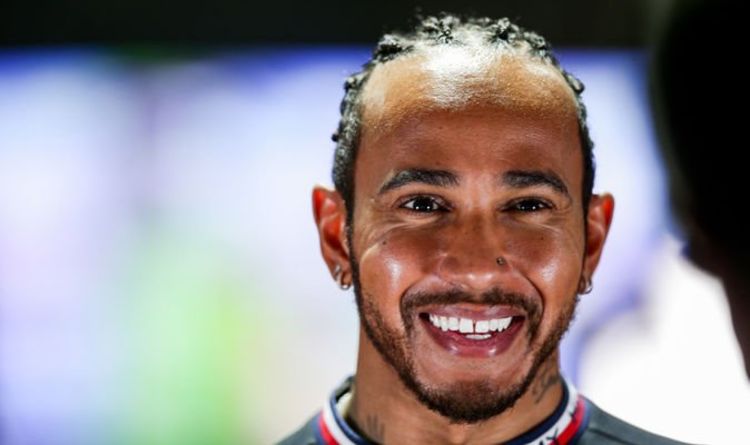 Lewis Hamilton missed out on landing a record eighth F1 championship last month as he was beaten to the title in controversial style at the season-decider in Abu Dhabi. Hamilton led for almost the entire Grand Prix, before race director Michael Masi allowed title rival Max Verstappen to pull level with him for a one-lap shootout after a safety car had come onto the track following a crash.

Verstappen ultimately won the race to claim his maiden title. And the Dutch driver has been tipped to dominate the sport for the next decade.

Hamilton has been revered as one of the best drivers in F1 history but will surely call time on his career in the coming years.

Verstappen is the new star of F1 and he will now want to stamp his authority on the sport and prove that he is the man to beat.

The rivalry between Hamilton and Verstappen was intense last year and led to a string of mouthwatering races.

The duo came to blows on a number of occasions as the championship proved all-consuming.

JUST IN: Hamilton ‘will not want’ Masi says Herbert as FIA face decision

With the Red Bull driver finally toppling Hamilton last time around, the narrative around which driver is better will continue to be debated by everyone involved in the sport.

Hamilton has illustrated year after year that he is a formidable force in F1 and is at least on par with all of the superstars that went before him.

But Verstappen’s ability is clear to see. He has an edge and acts decisively to get the upper hand in races.

The debate is sure to continue during the 2022 season – but Hamilton has already suggested the perfect way to determine which driver is better.

In 2019, the Stevenage-born ace admitted the duo’s skill levels would be clear for all to see if Verstappen joined Mercedes as they would be driving the same car as team-mates.

“I see positives and potential negatives,” Hamilton said. “In some ways it would work well for me.

“I see stories that we have different cars and that is the only way [I beat him], so that would give me the opportunity to show that is not the case.”

Hamilton signed a new two-year contract with Mercedes last year, while Verstappen’s Red Bull deal also runs until the end of the 2023 season.

And with the competition between the two set to intensify once again next season, the chances that the duo will ever race alongside each other as team-mates is virtually zero.

So F1 fans and pundits will have to make their own minds up about which driver is the best.