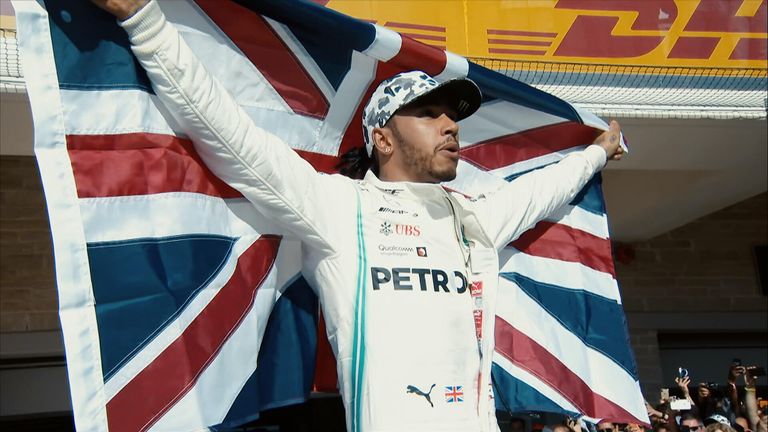 Lewis Hamilton was heralded as an F1 ‘legend’ by his peers after sealing his sixth world championship, while he has also drawn praise from the Sky Sports pundits, newspaper journalists, and former team-mates…

Here, we round up the best of the tributes:

From the F1 grid

Valtteri Bottas, Mercedes: “Yeah, obviously big congrats to him. I personally failed on my target this year, but there’s always next season. But he deserves it. He had some season.”

Daniel Ricciardo, Renault: “It’s impressive, of course. As a fellow racer all you can do is really respect what he’s done. They’ll always be people saying great car, great team, all of that – and yes, maybe. But to hold that level week in, week out… there’s so much more involved in this sport than just driving. There’s the circus. And for him to hold that level for all these years, at the top of the circus, you can only respect that. Six titles, not many at all have done that so I tip my hat to him.”

Happy with our podium! ? We had a good pace, great race and did the best we could. Congrats to Lewis on a phenomenal 6th World Championship ? #KeepPushing #USGP ?? pic.twitter.com/XFeNF09xpL 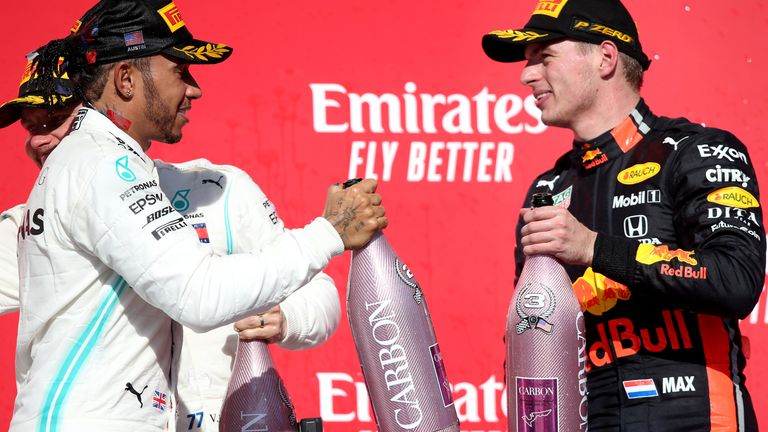 Max Verstappen, Red Bull: “It’s of course very impressive to win six titles. You have to be very consistent for it and he clearly deserves it.”

Pierre Gasly, Toro Rosso: “For me he’s a legend in Formula 1, one of the best if not the best-ever in the sport. For me, he’s proved it once more. I think it’s not the last time he’s going to win, so yeah it’s really impressive what he’s achieved in Formula 1.”

Sebastian Vettel, Ferrari: “If somebody wins the title six times he deserves all of it. That’s what I told him as well. You need to respect what he achieved the last years and also this year, together with his team how strong they have been.”

Charles Leclerc, Ferrari: “On my side, I didn’t even win one world title – only one title is already is a huge achievement, to win six is just incredible. He deserves it. He has done an incredible season. I grew up watching him on the TV and just huge congratulations to him.” 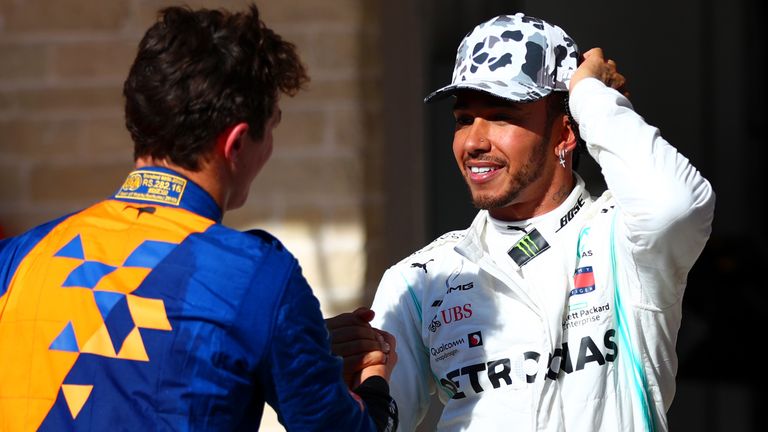 Lando Norris, McLaren: “I’m happy for him – I don’t know what it feels like winning one world championship! I congratulated him after the race. He’s the second ever driver in history to get to six world championships and I’m sure he’s going to go on to win more. I’m very happy, he’s done an awesome job and he’s beaten his team-mate in every single F1 season bar two. So he’s pretty handy! Congrats to him.”

Saluting @LewisHamilton on his incredibly impressive sixth Formula 1 World Drivers’ Championship. A magnificent achievement by an outstanding racing driver and superb ambassador for our sport.

George Russell, Williams: “Obviously incredible. Amazing driver who puts a huge amount of effort in. Obviously he’s had an amazing car beneath him to achieve this over the last number of years but he’s still got to do the job week in, week out, and he’s definitely delivering.”

Huge congratulations on a MASSIVE achievement!

We can't see Lewis in this shot, but we're sure he's rightfully delighted at such an amazing feat!!

Nico Hulkenberg, Renault: “Congratulations to him and the team, once again they’ve killed it. Pretty impressive.”

Toto Wolff, Mercedes (team boss): “I think he is still very motivated and you can see he wants to win every single race. As long as that is the case, I think he can go for more. We need to provide him with a good car. And I think there is no limit, personally.”

Congratulations to Lewis Hamilton on picking up a 6th World Championship! ? We look forward to more battles next season ? #USGP pic.twitter.com/hrGX64RZ5B

Christian Horner, Red Bull (team boss): “That achievement is nothing short of outstanding. To have achieved six world championships is a phenomenal effort across 13 seasons. An incredible score rate. A British world champion so it is great to see him achieve that sixth title. I hope we can challenge him more before he gets his seventh.”

From the Sky F1 team

Martin Brundle: “Can you imagine the mental stamina and fortitude to keep pumping in world championships. So many races, layouts, conditions, challenges, you’re risking your life at the same time. You need to be super fit. He’s nowhere near the youngest man on the grid but he just keeps turning up and delivering. He is one of the greatest sportsmen in our country.”

Congratulations @LewisHamilton ?? The boy from Stevenage does it again! ??? https://t.co/zCxFVAftap

Nico Rosberg: “He is absolutely incredible. We raced each other when we were 13 and 14 years old – we were best friends, we used to go on holiday together and dream big, one day in Formula 1 fighting for championships. But six world championships? That’s just unbelievable.”

Paul Di Resta: “The interesting thing with Lewis, he’s a year older than me. When were growing up, we saw this dominance of Michael Schumacher when we were in junior formula. You kind of think that will never happen for years and years and years. But quickly he has engineered this team around him, he just excels and he’s led it.”

Matthew Syed, The Times: “When I look at Hamilton, I do not see a sportsman driven by fame or glory. These may be welcome consequences, concomitant benefits, but they do not speak to the underlying motive. No, like serial champions from Roger Federer to Jack Nicklaus, Hamilton is driven to win, to progress, to journey ever deeper into himself in search of improvements, however small. He now stands on the verge of becoming the greatest performer in his sport, a modern-day icon whose odyssey contains many of the ingredients Hollywood would recognise”

Jonathan McEvoy, Daily Mail: “Beyond all the numbers, and all his ability, there is a characteristic that even now – with his body of work yet to be completed – marks him out as better than [Michael] Schumacher, the German whose seven titles he hopes to match and eclipse. It is the fact of his sportsmanship on track.”