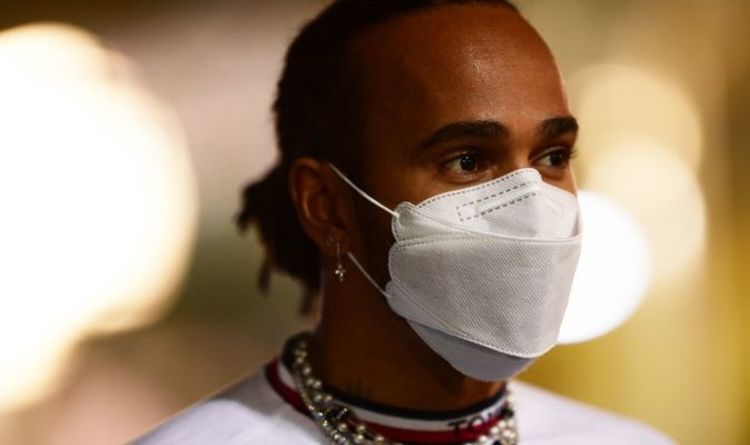 Mercedes’ Lewis Hamilton admits this season he has had to be “very, very wary” in his title battle with Red Bull’s Max Verstappen, adding he no longer gives the Dutchman the “benefit of the doubt” on track. The Red Bull driver has pushed Hamilton to the limit this season, in what the seven-time world champion has described as “too aggressive” driving as the pair battle it out to become the 2021 world champion.

Despite seven titles under his belt, most coming in the dominating Mercedes turbo-hybrid era, Hamilton has had to change tactics this season to defend hard against the current championship leader.

Speaking to the BBC about the title fight with Verstappen, Hamilton said: “You just have to be very, very wary – more wary than ever before.

“Rather than giving someone the benefit of the doubt, you have to know that’s what’s going to happen. So you always have to be ready to avoid a collision at all costs, [even] if it means going wide, because you want to see the end of the race, right?

“If you’re stubborn and you hold your ground, you’re going to crash.

“So that’s what I’ve just tried to do. I’ve tried to make sure I avoid the collision. And I think I’ve been pretty decent at it in most scenarios. You can’t always get it perfect.”

The pair have come to blows at various points this season, after colliding on the opening lap of the British Grand Prix and taking each other out mid-race at Monza.

But the seven-time world champion has also been forced to take evasive action throughout the season, most memorably the opening lap of the Emilia Romagna, Spanish, and Italian Grands Prix, with Verstappen refusing to yield.

The pair very nearly tangled again at the Brazillian Grand Prix as Hamilton tried to take the lead of the race from Verstappen.

The Dutchman refused to yield, with both drivers running off the track in an incident the stewards deemed unworthy of investigation.

Mercedes lodged a right of review, which was denied by the FIA.

Hamilton continued: “If you’re on the outside of a car, backing out is the sensible option pretty much all the time in order to see the end of the race. If you’re on the inside, there are scenarios where I truly believe I was in the right, [when] I’m almost wheel to wheel with the car.

“At Silverstone, for example. Go and look at the footage. My front wheel was alongside his front wheel, so it wasn’t like my wheel was next to his rear wheel going in.

“And in that scenario, if I had taken the approach [Max did] for example [in Brazil], just stayed on the gas and gone off track and then kept position, what would the scenario have been there? Would they have looked into the rules there?

“But anyways. I don’t mind being the one that… I am not too big or too successful to have to back out to fight another day. I know that is sometimes the route you have to take. You have to be the smarter one.

“And sometimes you lose points in doing that, for sure, but it’s not just about me. I have 2,000 people behind me and through that selfish decision, I could make – ‘No, I’m going to hold my ground’ and don’t finish – that costs all my team potential bonuses at the end of the year, all the hard work they have to do, the damage of the car. I am conscious of those things also.”

The championship continues on December 5 in Saudi Arabia before the season finale in Abu Dhabi with eight points separating the pair at the top of the standings.

November 24, 2021 F1 Comments Off on Lewis Hamilton explains why he no longer gives Max Verstappen the ‘benefit of the doubt’
NFL News