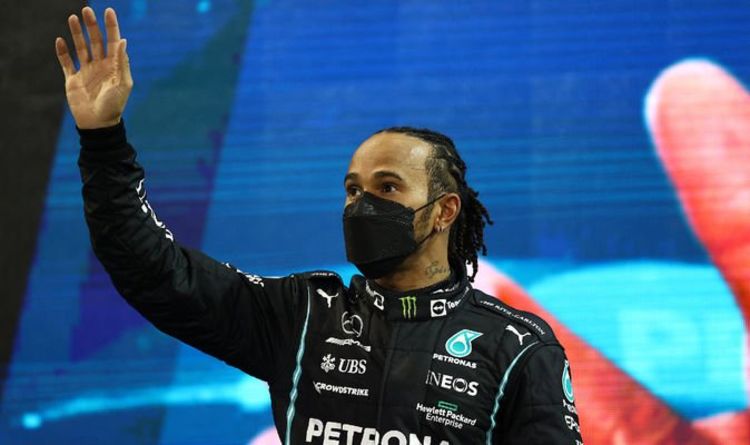 Lewis Hamilton has warned that he might quit F1 if he is not satisfied with the FIA’s progress on its investigation into the controversial season finale which denied him an eighth title in 2021. The Briton is said to still be adamant that he wants to see changes to the way the sport is operated after having the world championship snatched away from him cruelly in Abu Dhabi.

He looked set to stroll across the line first and win the title after leading for the vast majority of the race.

Fate threw a curveball in the form of a safety car after Nicholas Latifi’s crash with just a few laps to go.

It allowed Max Verstappen to close the gap between himself and his title rival while also dashing into the pits for a fresh set of soft tyres without losing a place.

But even then Hamilton was at the front of the pack, with overtaking not allowed under the safety car and time running out for his rival.

On the penultimate lap there were still several back-markers which needed to unlap themselves, with it looking unlikely that would happen in time for racing to resume.

However, race director Michael Masi controversially fast-tracked the process, allowing those between Verstappen and Hamilton to overtake the safety car while others were not allowed to unlap.

He then pulled the safety car in ahead of the final lap, and Verstappen used his fresher and faster tyres to full effect as he breezed past his rival and across the line to scoop his maiden world title.

Hamilton and Mercedes boss Toto Wolff were left fuming, but were ultimately powerless to change what had happened after their initial protests were thrown out by the stewards.

The team threatened to appeal but later backed off, stating they were satisfied the FIA were making changes which would prevent such an occurrence from happening again.

But Hamilton, whose future in the sport is up in the air, is said to be growing tired of the apparent lack of progress on that front.

He is contracted to return for Mercedes in 2022, but Wolff has already acknowledged that the Briton can step away from the sport early if he wants to – just like former team-mate Nico Rosberg did after winning the title in 2016.

It has now been reported that, although Hamilton does have a desire to continue racing, that will only happen if he is satisfied that the sport’s top brass are making enough progress on the rule changes he wants.

If they fail to deliver, chances are Hamilton may take a year out of the sport – and could even choose to quit his racing career altogether and focus on other ventures.

“Whether or not he will be on the grid for the first race of the season is still unclear at this point,” reporter Craig Slater said on Sky Sports News.

“What I can report today is that in terms of Lewis Hamilton coming back to Formula 1 and having the appetite to do so and getting over the disillusion, which his team boss Toto Wolff stated he had with the sport after the events of December, they believe the onus is on the FIA to deliver on the pledge they made before Christmas to investigate the happenings on that final lap.

“It’s been put to me like this: ‘The longer this drags on, the longer we don’t get a result to that investigation and some findings from the FIA that the worse the Lewis Hamilton situation is’.

“That’s from a senior source close to that situation, which I think is significant.

“So while you would expect Lewis to be back, trying to win that eighth world title, as things stand, it is unclear within the team that is what he will be doing.

“All the options might be on the table, even a sabbatical year for Lewis if he doesn’t feel ready to come back in 2022.

“As far as the team is concerned, the onus is on the FIA to make good on their pledge to investigate that final lap in Abu Dhabi and to come up with some findings.”