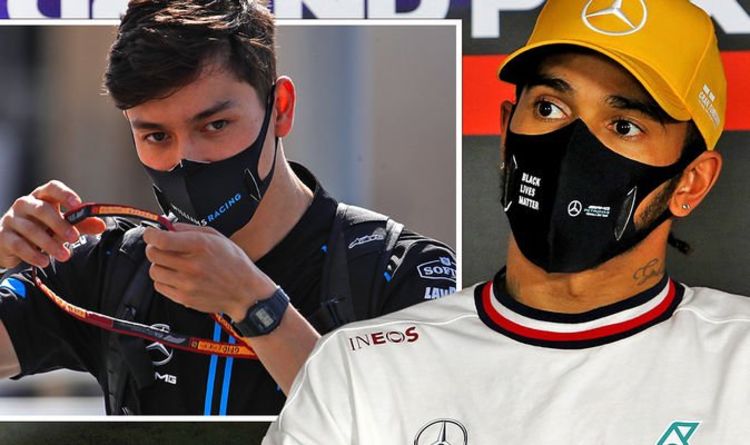 Mercedes remain confident that Lewis Hamilton will sign a contract extension, Express Sport understands. Reports in Italy have suggested that the seven-time world champion has made a list of demands which is holding up the deal.

It has also been claimed that Mercedes co-owners Daimler are seriously considering offering the vacant seat to Williams star George Russell if Hamilton does not back down during negotiations.

But Express Sport has been told those rumours are ‘wild’ and the Silver Arrows are completely at ease with the situation.

The F1 world champions remain confident a deal will be struck before pre-season testing commences on March 2.

Mercedes team principal Toto Wolff has previously stated that there is no rush to completeHamilton’s contract extension.

“We are not worried about eventually getting it done,” the Austrian said last month. “We are not putting a special date to it because we don’t want to be under pressure. 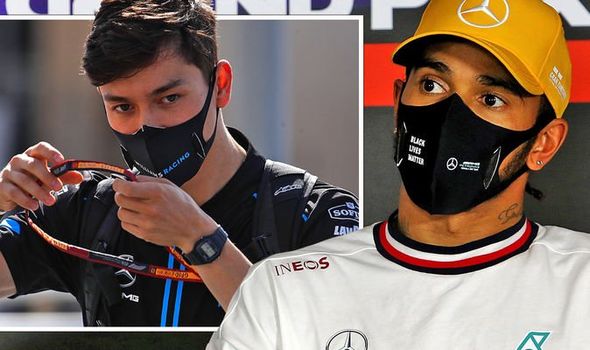 “Sooner or later it needs to be done and at the latest before we go testing [ahead of the 2021 season].”

Conversations have been ongoing between Hamilton and Mercedes but they have yet to reach an agreement.

Fans are growing increasingly concerned that their hero, who was knighted in the New Year’s Honours, may be without a drive for the upcoming season.

But Mercedes are calm as talks are going according to plan and there is no need for panic.

There have been plenty of rumours doing the rounds that Mercedes are considering a move for Williams’ Russell.

The 22-year-old impressed when he stepped in for Hamilton at the Sakhir Grand Prix, leading the pack for the majority of the race.

However, disaster struck when Mercedes got a double-stacked pit stop horribly wrong and that was followed by a late puncture.

Russell carried on fighting to finish ninth in Bahrain, scoring the first F1 points of his career. 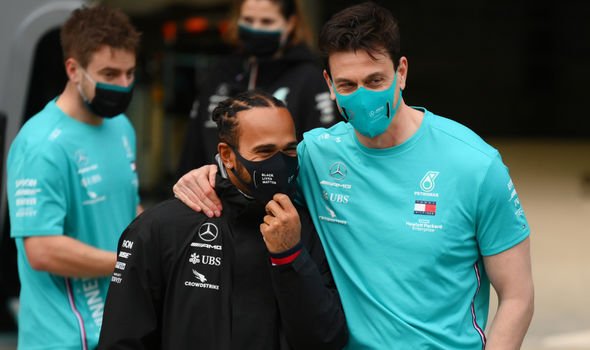 That led to Wolff claiming that Russell had jumped to the front of the queue for a future Mercedes seat.

But Hamilton’s position is thought to be safe for now and Mercedes expect him to be lining up alongside Valtteri Bottas at pre-season testing.