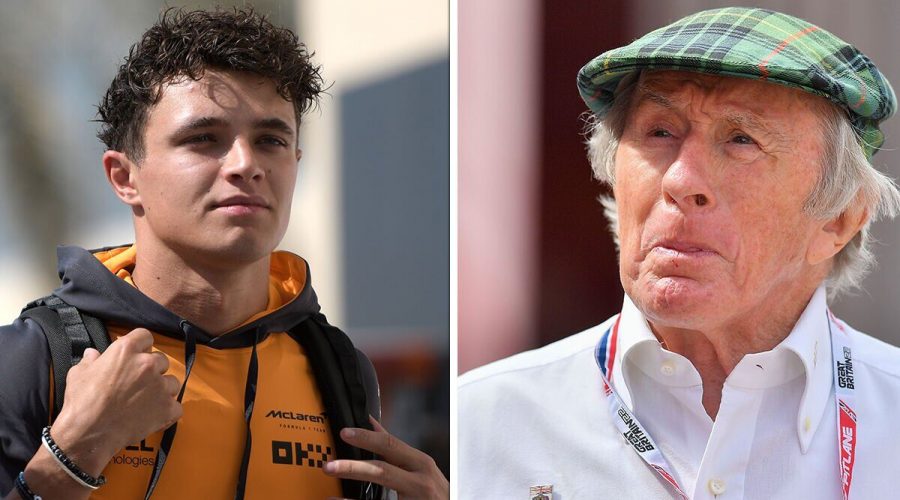 Lando Norris feels he won’t be able to challenge for the F1 world championship at McLaren until 2024 or 2025 in a major blow to Jackie Stewart’s wish. Norris’ current F1 contract runs until the end of the 2025 season with the final year expected to be his most competitive.

McLaren are in the middle of a major infrastructure project which will see a new wind tunnel come launched later this season. Boss Zak Brown has stressed the new tools will start to help with their 2024 model.

But, with the 2024 car likely to be almost 80 per cent built by the time the wind tunnel is launched, the changes will have a bigger impact on their 2025 design. Norris has previously suggested the team would then have “no excuses” to not perform at the front end of the field.

He told GQ Magazine: “With everything I’ve learned, maybe I could win a race, but I’m unlikely to win a championship until possibly that time. I know I need to be at the absolute top of my game in those years.”

McLaren fell back under the new rules package in 2022, dropping behind Alpine in the Constructors’ Championship and lacking pace to the leaders. Norris picked up just one podium all season in what was a fairly miserable campaign.

The top-three finish came in Imola after benefitting from a Charles Leclerc spin in the closing stages. Norris added: “I hate losing. But losing gives me the drive to figure it out and do a better job next time.”

Norris’ frank admission over his 2023 chances comes after F1 legend Stewart suggested the 23-year-old were among his tips for the title. He praised all three British drivers for their work in the sport but highlighted his particular interest in Noris and Mercedes star George Russell.

Stewart explained: “There’s a wonderful collection of people right now. We’ve got now in Britain three of the best racing drivers in the world. You’ve got Lewis who’s been winning time after time after time with the unfortunately German car company

“But that German car company gets all their Formula One cars built in [Brackley] because Britain is the capital of technology for motorsport. Our young British racing drivers today, I’d love one to win the world championship this season. That would be fantastic.”

January 19, 2023 F1 Comments Off on Lando Norris predicts when he could win first title in blow to Stewart
NFL News