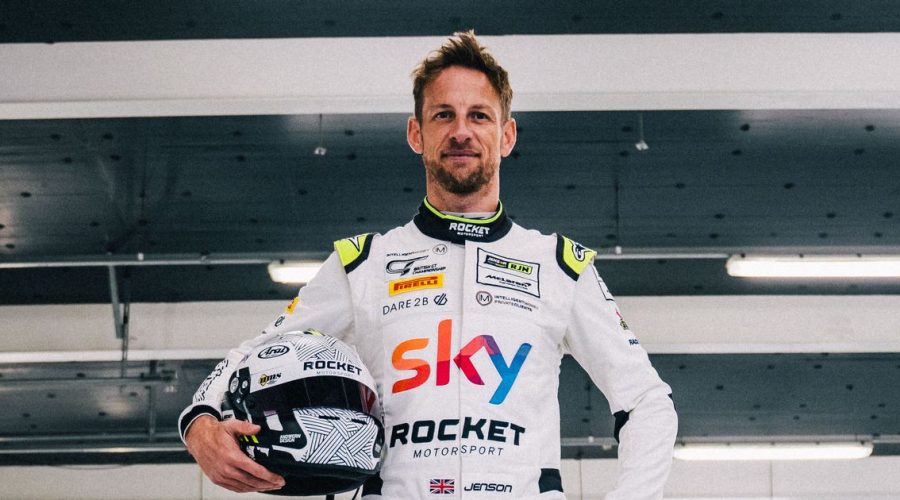 Jenson Button still has the racing bug. It might be 21 years since a lad from Frome received a call from Frank Williams asking him to drive his Formula One car, but the fire still burns strong to this day.

Even after retiring from F1 in 2016, Button has kept himself busy. The former Brawn and McLaren star has competed in Super GT, Le Mans and Extreme E and even made a brief return to F1 for the Monaco Grand Prix in 2017.

Now 41, the American-based racer is looking to the future. Speaking to Daily Star Sport at the launch of his exclusive Readly magazine collection, Button talks about his plans to race in the United States and his Le Mans ambitions.

“As soon as someone asks what I’m going to do next with my racing it makes me smile,” admits Button with a smile on his face.

“I have no idea, but I’m a racing driver and it’s never going to leave me. 2019 was the last full season I did of racing and it feels like 20 years ago.

“I definitely want to be racing at Le Mans. I feel like Le Mans is in a fantastic place right now – well, not Le Mans, the WEC series endurance racing.

Who do you think will win the 2021 F1 world championship? Let us know in the comments section.

“Here in the States, IMSA, and also WEC with the new regulations; it’s so good to see so any manufacturers getting involved with it.

“I think there are nine manufacturers racing at Le Mans in the top category in 2023 and that’s insane. We’ve never seen that before.

“The aim is to be involved with that. Living in the States, I would like to race over here in IMSA and then go over and challenge for Le Mans – or challenge Le Mans if you like in 2023 – that has to be the aim.”

Button will be 43 in 2023. Some drivers might consider packing it in after enjoying the sort of success Button has during his career. But the 2009 F1 world champion is champing at the bit to get back behind the steering wheel and is taking inspiration from 46-year-old Helios Castroneves.

“If you still have the buzz then age doesn’t matter.

“It’s just a number when you still have the love for the sport and the want.”

Jenson Button is fronting Readly’s ‘Step back in time’ retro campaign. Readly is offering two months free unlimited reading to over 5000 magazines and republished retro issues from 22nd June until 30th of September 2021, then £7.99 a month thereafter. Visit www.readly.com/motorsport21 for more information.

July 1, 2021 F1 Comments Off on Jenson Button sets his sights on conquering America and competing at Le Mans
NFL News