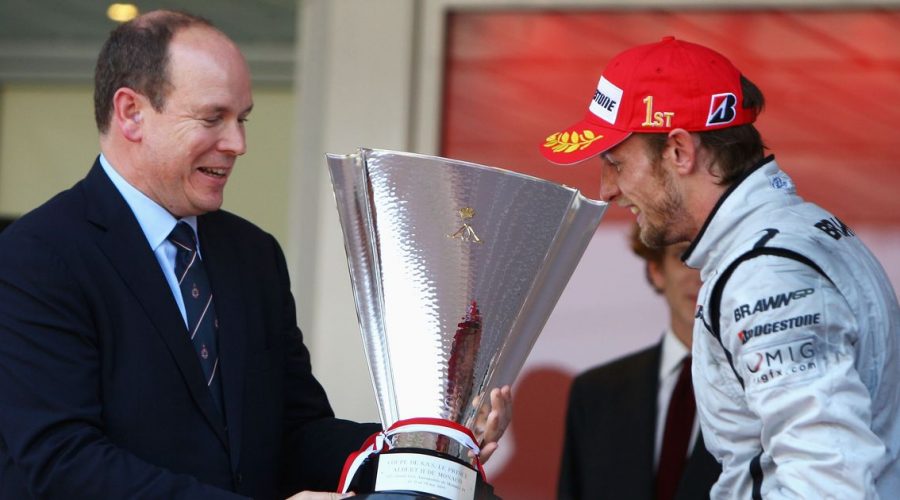 Jenson Button won some memorable races in his Formula One career, but there are three triumphs which stand out above the rest for the British star.

Some F1 fans might point to Button’s maiden success in the wet at the Hungaroring in 2006, or the first victory of his championship-winning season in 2009, but the man himself has a top three that few could disagree with.

Speaking to Daily Star Sport at the launch of his exclusive Readly magazine collection, the 41-year-old reveals his top three races, starting with that sensational last-to-first success in the 2011 Canadian Grand Prix.

“Yeah, I have to pick out that race”, Button gushes.

“Whether that was my best race or not, it’s questionable, but it’s the most memorable because of everything I went through in the race. It looked like it was over until the last few laps.

“There’s a lot to remember, but when it’s that special, it all still stands out. It was one of those races that you just could not give up.

Do you think the 2011 Canadian Grand Prix was Jensen Button's best race? Let us know in the comments section.

“It was one of the perfect races for showing to people that you just cannot give up in any situation and push to the max until it’s over.”

Button won the 2009 F1 world championship with one race to spare, so it’s understandable his Grand Prix-clinching drive in Brazil also makes the cut.

“The championship winning race in Brazil has to be up there as well”, Button continues.

“I started 14th and finished 5th – it wasn’t even a podium but it was a massive race for us.

“We weren’t quick enough in the dry to be competitive but that was a key race for me.

"He was my main title challenger along with my team-mate Rubens [Barrichello].

“That was a pretty special race. You go into a special zone sometimes as a driver and that was one of those races where you’re just throwing yourself down the inside of other cars.

"There were near-misses every time I went to make a move.

“We weren’t quick enough to really get a tow on the straight, so we had to dive bomb them into turn one, but it was such a rush, that race. I loved it.

“To have my dad there and all my buddies really made it extra special.”

Button’s final entry, also from his 2009 championship winning season, is perhaps more memorable for what happened after the chequered flag.

“In terms of other races, the Monaco Grand Prix was really special in 2009”, Button beams.

“It was more the qualifying the race. It always is at Monaco because you can’t really overtake.

“But qualifying on pole there on a lap that I was very happy with was definitely up there with my best days in motorsport.

“In the race, it was all about getting it off the line and then looking after the tyres because they were graining a lot at the rear and destroying themselves, so you had to take it a bit easier.

“When you’re out front it’s a bit easier because they can’t overtake, so the others are following and destroying their tyres.

“It made the race pretty easy in the end because I controlled the tyres and didn’t have to push too much.

“It was a bit like what they do now. They’re just coasting most of the races to look after their tyres, which is a shame.

“But it was a pretty special weekend for me and parking in the wrong place after the race and having to run down to meet Prince Albert of Monaco was hilarious.

“It was probably the best way to win the Monaco Grand Prix because you get to run down the pit straight waving at the crowd and all the teams.”

Jenson Button is fronting Readly’s ‘Step back in time’ retro campaign. Readly is offering two months free unlimited reading to over 5000 magazines and republished retro issues from 22nd June until 30th of September 2021, then £7.99 a month thereafter. Visit www.readly.com/motorsport 21 for more information.