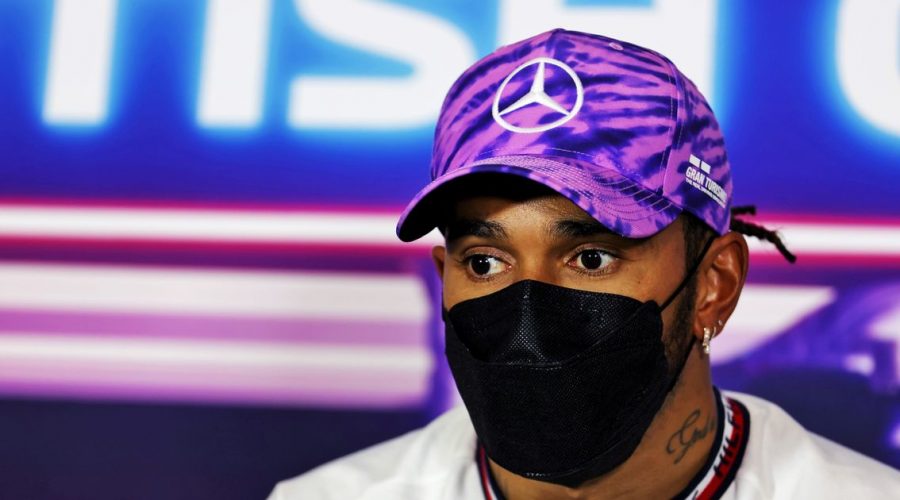 The Mercedes driver claimed his eight victory at the track to close to within eight points of championship rival Max Verstappen.

However racist messages including monkey emojis and other slurs were sent as replies to a post by the Mercedes team on Instagram celebrating Hamilton's win.

The German team have since released a statement that read: "During, and after, yesterday's British Grand Prix, Lewis Hamilton was subjected to multiple instances of racist abuse on social media following the in-race collision.

"Formula 1, the FIA and Mercedes-AMG Petronas F1 Team condemn this behaviour in the strongest possible terms.

"These people have no place in our sport and we urge that those responsible should be held accountable for their actions."

The seven-time world champion has been particularly out spoken about racism – both in his sport and society.

Hamilton has previously questioned the lack of diversity within the paddock and said recently: "It's all been about understanding. So I was asking a lot of questions for a long, long time, for years.

"Why am I one of the very few people of colour here? There was never a good answer, no one ever knew.

"For me I really wanted to understand the root of the cause so that I could know better but also the industry, we can go on a journey together."

On track, the 36-year-old clashed with Verstappen on the opening lap at Silverstone which saw the Dutchman retired and smash into the tyre barrier at Copse.

The high speed shunt saw Verstappen head to hospital for precautionary checks and divided the paddock as to who was to blame.

The Dutchman was later discharged but made his feelings perfectly clear on social media as he took aim at his rival.

He said: "Very disappointed with being taken out like this. The penalty given does not help us and doesn’t do justice to the dangerous move Lewis made on track.

Prior to that Hamilton had questioned Verstappen's need to be so aggressive.

"I don't think he needs to be as aggressive as he is," he told Sky F1. "When someone is too aggressive, these things are bound to happen."

"But, regardless of whether I agree with the penalty, I take it on the chin and I just kept working. I was like 'I'm not going to let anything get in the way of the crowd's enjoyment of the weekend, the national anthem and the British flag'."

Red Bull boss Christian Horner said: "Lewis has got more than enough experience to know that is unacceptable. I'm just very disappointed that a driver of his calibre should make such a move like that. It's dangerous, it looked desperate."

He also added: "For me, that's a hollow victory."